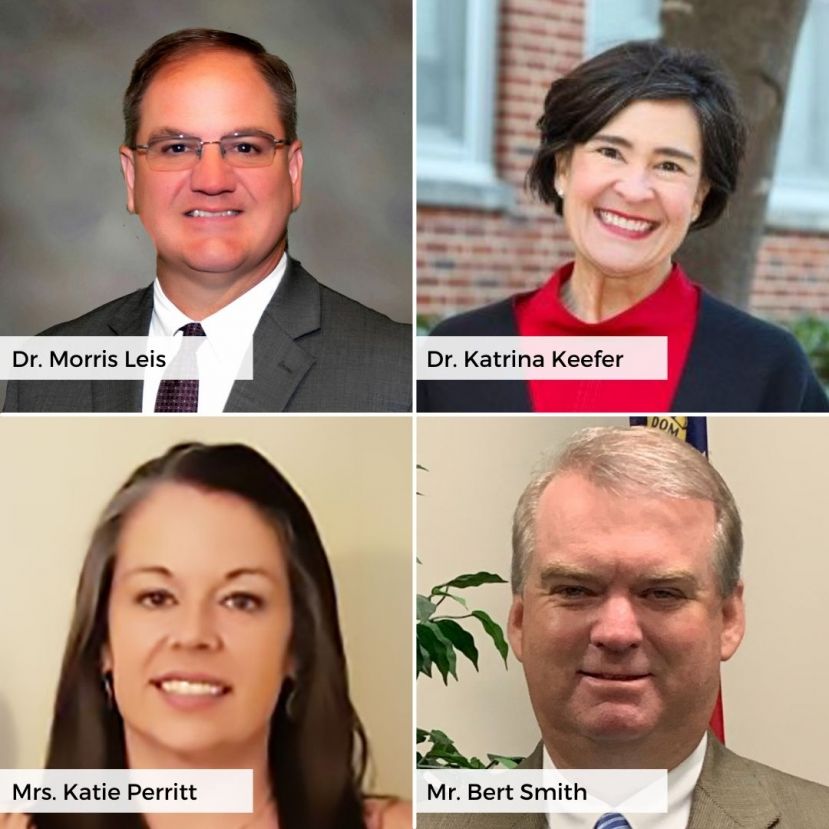 South Georgia State College is pleased to announce tickets are no longer required for the spring 2021 commencement ceremonies. Based on recent guidance received from the Governor’s Executive Order, SGSC’s spring 2021 commencements are now general admission, first come, first serve events. Any previously issued tickets are now void. Face coverings and social distancing are still strongly encouraged. Guests who have experienced COVID-19 symptoms within the past 14 days and who have not followed CDC recommended quarantine protocols may not attend. Guests experiencing COVID-19 symptoms on the day of the ceremonies may not attend.

For those unable to attend and share in the celebration, a livestream of each event will be available on South Georgia State College’s Facebook page.

The keynote speaker for the Douglas Campus morning ceremony will be Dr. Morris Leis, Superintendent of Coffee County Schools. Dr. Leis started his tenure in Coffee County in August 2011. He began his educational career as a social studies teacher in the Ben Hill County Schools. Throughout his career in Fitzgerald, he gained valuable experience serving as an alternative school director, athletic director, assistant principal and principal of Ben Hill Elementary and Fitzgerald High Schools.

Completing his 10th year serving as Superintendent of Coffee County Schools, Dr. Leis has led the district through many initiatives. He successfully led the system through AdvancED/Cognia Accreditation Reviews in 2014 and 2019. Under his leadership, Education Special Purpose Local Option Sales Tax (ESPLOST) Referendums were approved overwhelmingly by voters in 2013 and 2018.

Test scores have positively increased, graduation rates have improved and the school system developed its own Safety Department providing a Chief of Police and police officers on every school campus. In 2017, the school system opened the new Wiregrass Regional College and Career Academy on the campus of Wiregrass Technical College. The school district was named the Georgia Charter System of the Year in 2018.

As an active community member, Dr. Leis serves on several local boards such as the Coffee County Board of Health, the Douglas Coffee County Chamber of Commerce, and Coffee County Boys and Girls Club. He is an active member of Douglas Rotary. Dr. Leis is an Executive Board Member for the Georgia Charter System Foundation and is the Chairman of the Okefenokee RESA Board of Control.

Dr. Leis and his wife Suzy have two children. They are active members of the First Baptist Church in Douglas. Dr. Leis is very proud to serve the Coffee County School System as the superintendent as he is a Coffee High graduate.

Dr. Keefer served previously as Senior Vice President and CFO for Baptist Health, an affiliate of the University of Alabama at Birmingham Health System that included three acute care hospitals, a psychiatric hospital, a regional cancer center and numerous outpatient facilities in central Alabama. Throughout her 17-year tenure with UAB Health System, she played key roles in public finance, affiliation and acquisition transactions.

Prior to being named senior vice president and chief financial officer for Baptist Health in 2007, Keefer served as treasurer for UAB Health System and acted as liaison with IBM for the New York City Department of Finance to facilitate a citywide e-government initiative. She also worked as a project consultant to the New York City Partnership and Chamber of Commerce in the aftermath of the terrorist attacks on Sept. 11, 2001. In addition, Keefer served as the ombudsman for the Robert F. Wagner Graduate School of Public Service at New York University, associate director of the Alabama-West Florida Conference of the United Methodist Church and assistant director of admissions for Huntington College.

After working in international business for several years, Katie returned to Waycross to pursue a career in nursing. She attended South Georgia State College’s Waycross Campus and graduated with her Associate of Science in Nursing degree in 2009.  Katie worked as a registered nurse for several years in various areas including emergency medicine, cardiology, critical care, and hospice care before returning to the classroom to further her education. In February of 2019, Katie received her Bachelor of Science degree in Nursing, a Master of Science degree in Nursing and a post graduate certification as a Family Nurse Practitioner from South University.

Katie is married to Jody Perritt of Waycross, and they have two children, Vann Perritt and Kaleigh Perritt Morrison.  In their spare time, Katie and Jody like to attend Georgia Tech football games, travel, and spend time with family.

Mr. Bert Smith, Superintendent of Ware County Schools, will deliver the commencement address at the 7:00 pm ceremony on the Waycross Campus. Mr. Smith is a 1991 graduate of Brantley County High School.  He attended Waycross College and earned an associate degree in teacher education while playing for the Swamp Fox golf team.  He continued his golf career at Valdosta State completing a Bachelor of Science Degree in Secondary Mathematics.  He also earned a Master of Education degree in Secondary Education and Education Specialist degree in Educational Leadership from Valdosta State.  Mr. Smith has 25 years of educational experience, including 14 years as an administrator.

Mr. Smith enjoys watching college football and supporting all students in the Ware County School District.  He is married to Rebecca Smith and is the proud father of two sons, Sy and Lee Smith.

Anyone with questions about SGSC’s commencement ceremonies are asked to contact Dr. Greg Tanner at This email address is being protected from spambots. You need JavaScript enabled to view it. or submit a ticket to www.talon.sgsc.edu/help.