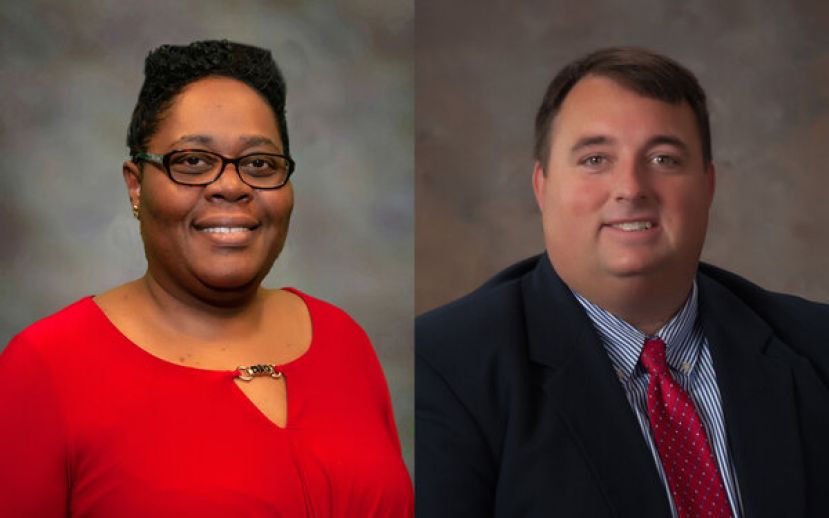 Congratulations to Ms. Anastagia Carter who was named the new principal of Indian Creek Elementary for the 2021-2022 school year.  Ms. Tamara Morgan, the current principal will transfer to the central office July 1 as the Director of Federal Programs.

For the past three years, Ms. Carter has served as an assistant principal on the campus of Coffee High and is the lead administrator for the Academy of Public Service and Education.

Completing her 19th year in education, Ms. Carter started her educational career on the campus of West Coffee Middle School in August of 2002. With the majority of her teaching career in the area of special education, Ms. Carter also served as an Academic Coach at Coffee High School prior to her role in administration.

A graduate of Coffee High School, Ms. Carter earned her Bachelor of Science in Criminal Justice from Georgia Southern University. She also holds a M.Ed. in Public Administration and an Educational Specialist Degree in Educational Leadership from Valdosta State University.  Ms. Carter earned her initial certification in special education with concentrations in math, science, social studies and language arts through the University of Georgia.  She is also certified in Secondary Political Science.

Congratulations to Mr. Van Allen, who was named the Principal of Coffee High School as of July 1, 2021.

A product of the Coffee County School System, Mr. Allen is a graduate of Valdosta State University where he earned his Bachelor of Science in Social Studies and his Masters of Education in Educational Leadership through Grand Canyon University.

Mr. Allen joined Coffee County Schools in January of 2001 and served as a social studies teacher at the Alternative Education Center for six years.  He also taught on the campus of George Washington Carver Freshman Campus for seven years before moving into his current role in 2014 as assistant principal at Coffee High.

Mr. Allen is completing his 22nd year in education.  He has previous teaching experience in Brantley and Turner County Schools.

Mr. Allen will succeed Dr. Rowland Cummings, who will be the new Superintendent in Mitchell County Schools as of June 1, 2021.