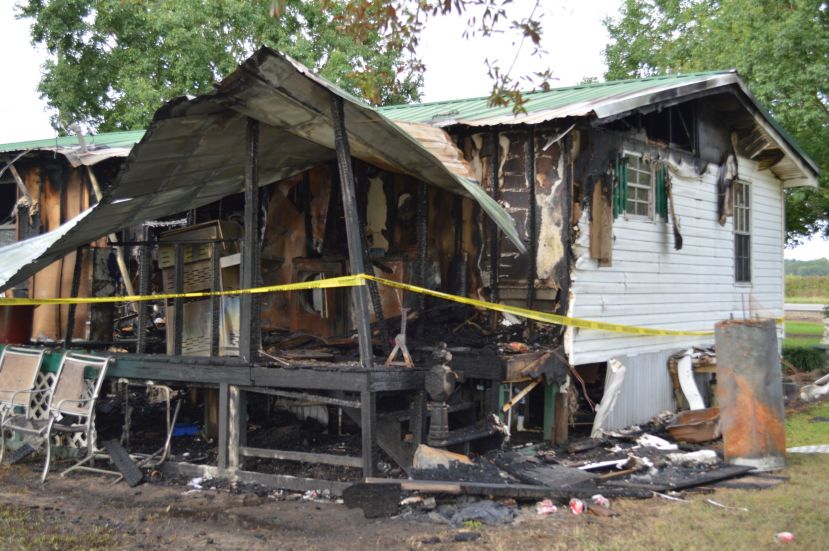 Submitted photo Richard Darrin Davis was charged with arson in connection with the fire that damaged this mobile home on Warren Carter Road.

Richard Darrin Davis, 56, has been charged with arson in connection with a mobile home fire that took place earlier this month.

On August 21, a member of Insurance and Safety Fire Commissioner John F. King’s Fire Investigations Unit was requested by the Coffee County Sheriff’s Office to assist in a fire investigation on Warren Carter Road in Douglas. The fire occurred at approximately 1:30 a.m. and caused moderate damage to the 20-year-old mobile home. Davis was charged as a result of the incident.

“The occupant called emergency services after noticing a fire on her rear porch,” said Commissioner King. “Investigators determined the fire was intentionally set, and Mr. Davis is being charged with Arson in the 1st Degree as a result.”