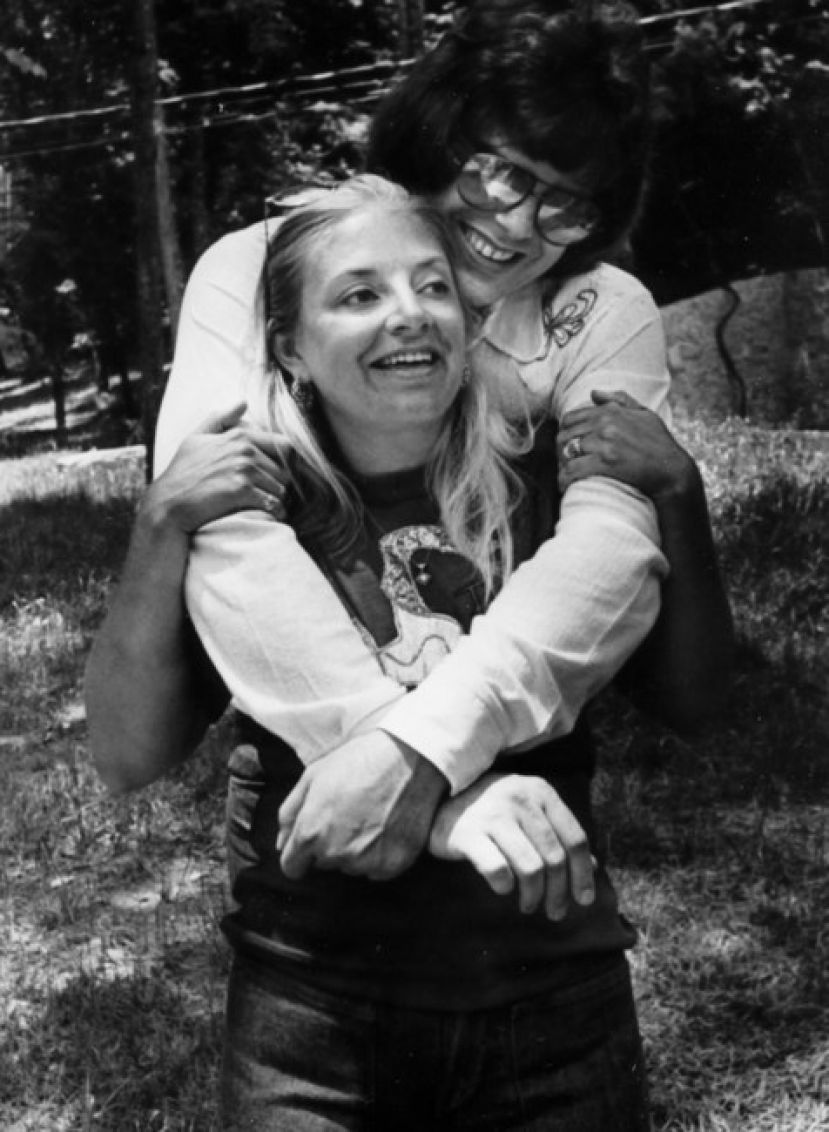 Joyce was born in Gainesville, Georgia. While a student in college, her parents, Lewis and Pauline Reeves, moved to Douglas. Lewis worked in the poultry business locally while Pauline owned and operated The Grasshopper Shoppe in Douglas.

A vivacious blond, Joyce was a head-turner; she stood out from the time she was a young girl with a personality as big as her heart. But it was at a dinner given by her cousin that Joyce Reeves met a young man who would change her life. Ronnie Milsap, a student at Young Harris College, was on the verge of a full scholarship to law school. The blind piano-player had been having some local success in regional R&B radio and clubs like the Royal Peacock; he liked the sound of Joyce’s voice, laughter and the way she loved life. After that dinner, she challenged the equally spirited musician to a foot race. When Milsap ran into an open car door and fell, she circled back and laughed, which only made Milsap love her more. It was the middle ‘60s, and everything felt possible. Joyce loved the music, Milsap’s nature and his will to play music where the funkiest people were.

Together, they started chasing a dream. “Sapphire,” as he affectionately christened her, wore her go-go boots, mini-skirts and pulled a trailer with his keyboard gear behind her VW Bug, carrying equipment when necessary. They were a pair, her with the white-blond hair and him with his cool sunglasses and chiseled jawline, making it work and falling deeper in love every day. When Ray Charles counseled Milsap, who’d hit the Top 20 with the Scepter Records release “Never Had It So Good,” to follow the music “because you’ve got music in your heart – and you need to follow your heart,” it was Joyce who stood by her man. Pretty, smart and hard-working, the pair took to the R&B club circuit to promote his singles. They married in 1965.

Always a fierce believer in her husband and the way he heard music, that faith sustained until 1974 when the athletic vocalist scored his first two #1s – “Pure Love” and Kris Kristofferson’s “Please Don’t Tell Me How The Story Ends,” the latter also earning Milsap the first of his six Grammy Awards and the 1974 CMA Male Vocalist of the Year. The petite woman who’d cooked on hot plates in crummy motel rooms, backing a little trailer into downtown club loading docks’ faith was rewarded.

Just as importantly, the storybook love the pair shared created one of the most enduring songbooks in American history. Beyond literally “She Keeps The Home Fires Burning,” Joyce Milsap was the muse and inspiration for many of the Country Music Hall of Famer’s biggest hits: “Daydreams About Night Things,” “Smokey Mountain Rain,” “Show Her,” “Don’t You Know How Much I Love You,” “A Woman In Love” and “What A Difference You’ve Made in My Life,” as well as what the loss of that love might be informing “Almost Like A Song,” “Still Losing You,” “I Wouldn’t Have Missed It For The World”, “Only One Love in My Life and the 1985 and 1986 Grammy-winning “Lost in the ‘50s Tonight.” Joyce not only inspired the music, she was a constant source of song vetting. She was someone the future Country Music Hall of Fame inductee leaned on when it came to what people would respond to. With a voice that held the promise of what women needed, Milsap scaled not just the country, but the pop and adult contemporary charts over three decades. Their love created a sound and 40 #1 hits that defined romance from the mid-70s through the ‘90s.

“I always thought of them as a duo,” says former Sony Nashville Chairman Joe Galante, who started at the label in 1974. “Even though it was always the dynamic Ronnie Milsap, Joyce was everywhere and a true part of everything! Ronnie knew no bounds (as an artist and entertainer), and Joyce was there making those connections, filling in any gaps. She was a supporter, a guiding light and a defender when something wasn’t getting done... and because he couldn’t see faces, she’d be that person for him, too. “The smile and excitement she had, but also a real calm when it came to the music, it was contagious. Managers and agents come and go, but Joyce was always there, caring and filling in the missing pieces. I only have good memories of her, how she loved to laugh and the kind of difference she made for us all.”

As fiercely as Joyce loved her husband, the pair shared that feeling for their only son Ronald Todd. While Todd preceded his mother in death, at the age of 49, he was waiting his mother’s arrival in heaven. Joyce was also the delighted and delightful grandmother to Kye, Mya, Wyler, and Asher, and the loving Aunt to many nieces and nephews, always quick with a phone call, a hug or hearing a story about one of their adventures.

No one was a stranger at the Milsap home. Joyce welcomed all, shared her love and many lessons about life to those lucky enough to know the family. Katie Cook, CMT: Country Music Television anchor, remembers, “Joyce welcomed me into her world with the love of a mother. I was a scrappy little punk when I started dating her son, Todd, at age 15. I wasn't sure she would accept me, but we quickly bonded. “She introduced me to the glamorous world of painted fingernails, perfume, rhinestones and glittery eyeshadow. She was a dose of Hollywood in Nashville, and I was enamored.”

An avid reader, she was a constant presence on the road throughout her husband’s career. She loved him and the music he made so greatly, she would become incandescent when she listened from the side of the stage. With his high energy live shows, he always played for the fans, but he especially played for Joyce.

“There are no words, and not enough songs in the world to explain how much I love my Sapphire,” says the Georgia Music, North Carolina and County Music Hall of Famer. “She was the music and the feeling inside all of those songs, so if you loved my music, you understand some of how much I loved my beautiful, beautiful wife. It’s all in the songs, but she was even more. She was the love of my life, the mother of my son, the world’s happiest grandmother --- and someone who woke up every day curious and ready for whatever adventure she could get into. “When people tell me they love my music, I always smile, because that music is pure Joycee. We went through lean times laughing, good times beyond our imagination, tough times where we held on to each other for dear life. Blessedly/Thankfully, she’s in heaven with our Todd – and I know somehow from heaven, she’s still here with me every day, because that’s just how she was.”

She is preceded in death by her parents, Lewis and Pauline Reeves, her brothers, Dennis, Billy and Terry Reeves and her beloved son Todd Milsap.

Due to COVID concerns, Joyce will have a private family service.

Woodlawn-Roesch-Patton Funeral Home is in charge of the arrangements.