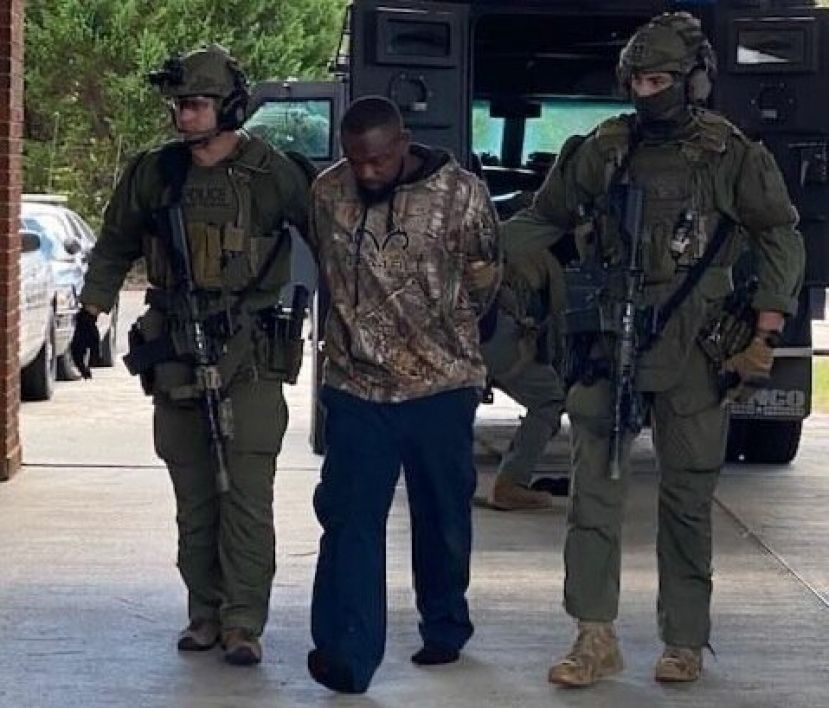 On Sunday, October 10, 2021, shortly before 2:30 p.m., Damien Ferguson was taken into custody during the execution of a search warrant at his residence in Alamo, GA without incident by the State of Georgia SWAT Team and U.S. Marshals Service Southeast Regional Fugitive Task Force. Ferguson has been arrested and charged with Murder for the shooting death of Officer Dylan Harrison and Aggravated Stalking related to a previous domestic incident. He is currently being held at the Laurens County Jail.

On Friday night, Officer Dylan Harrison was on duty when he made contact with a man for a traffic violation in the parking lot of the Circle K located across the street from the Alamo Police Department. Officer Harrison asked the man for his name and identification and the man refused. The man got into a verbal altercation with Officer Harrison, that escalated to the man pushing the officer. Officer Harrison attempted to place the man under arrest. The man did not comply which led to the officer discharging his Taser. The man was arrested and taken to the Wheeler County Jail. He is a known associate of Damien Ferguson. It is believed that the ambush-style attack on Officer Harrison was retaliation for the incident and arrest of the man.