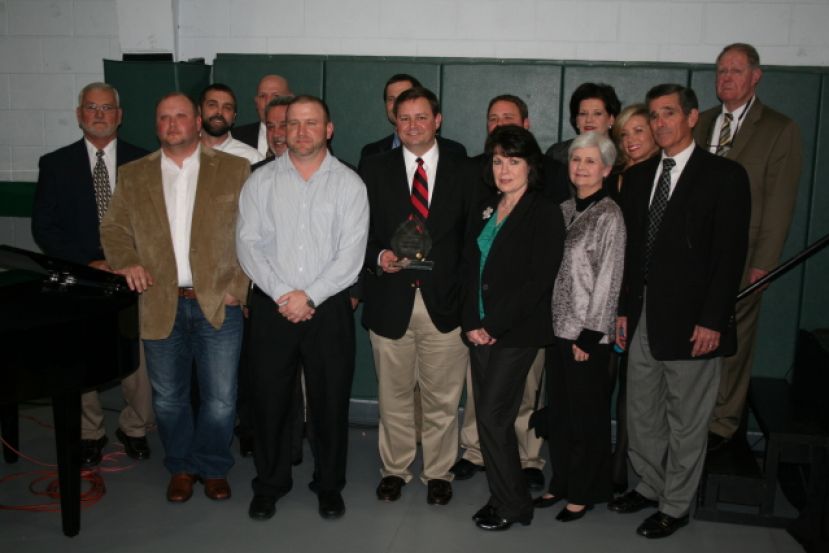 Robert Preston Jr./Douglasnow.com Members of the Williams Institutional Foods team are pictured with the Chamber of Commerce's Industry of the Year Award.

Both before and after the awards presentations, the topic of the evening was progress. Over the last several years, things have been tough locally. In 2010, unemployment in Coffee County surpassed 19 percent. Economic growth stalled. Jobs were hard to come by. Progress was limited. Since then, the economy has rebounded and 2014 was a solid year of economic growth and expansion. “Our unemployment rate is below nine percent,” stated outgoing Chamber chairman Michael Lott. “Employment is as high as it’s been in six years, and our core growth has come from the expansion of existing industries.”

Christian Taylor, who will serve as chair during 2015, said that he is looking forward to another year of prosperity. “This will be an exciting year. And it will be so because of you – because you care about your family, about Douglas, and about Coffee County,” he said to those in attendance.

Chamber of Commerce president JoAnne Lewis echoed Taylor’s remarks. “People make Douglas the great place it is. It all comes from people and leadership,” she stated.