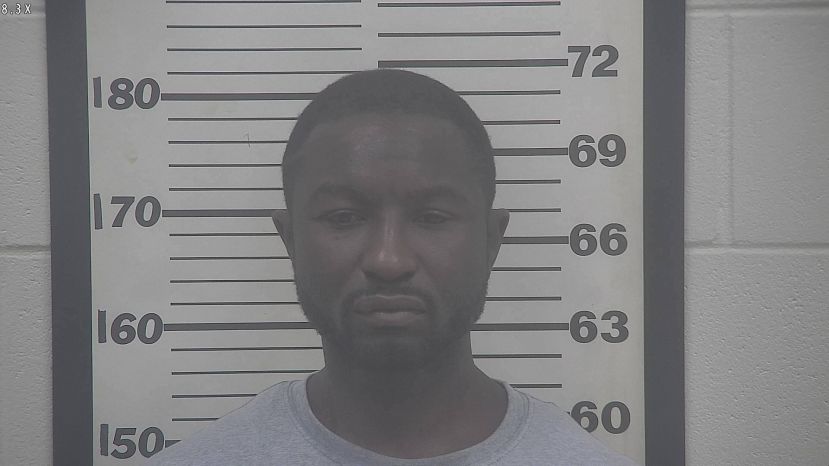 Kylvoski Simpson was convicted today by a Coffee County jury for trafficking in methamphetamine and possession of more than one gram of heroin.  The case was prosecuted by Assistant District Attorneys Ian Sansot and Morgan Kirkland.  Judge Andy Spivey presided over the proceedings.  Prior to jury selection, Simpson opted to dismiss his attorney and represent himself at trial.

Deputies with the Coffee County Sheriff's Office attempted to stop a truck driven by Simpson on December 6, 2020.  Simpson fled officers, wrecked the truck, fled on foot, and was subsequently arrested by deputies.  The heroin was found in the vehicle.  A few days later, Deputy Austin Patton, the lead investigator on the case, discovered a jail call in which Simpson informed an individual that officers didn't find everything and that 5 ounces were still out there.   Deputies returned to the location where they discovered the nearly 5 ounces of methamphetamine along the area where Simpson ran on foot.  Testimony at trial showed that the street value of the meth was approximately $2,500.

At sentencing, Judge Spivey heard evidence of Simpson's prior convictions for 8 counts of sale of cocaine and sentenced Simpson to serve 25 years in prison, followed by 5 years of probation.  District Attorney George Barnhill thanks the work of Investigator Austin Patton, the Coffee County Sheriff's Office, and all other officers and witnesses whose diligent work led to the removal of such a large quantity of drugs from our community.