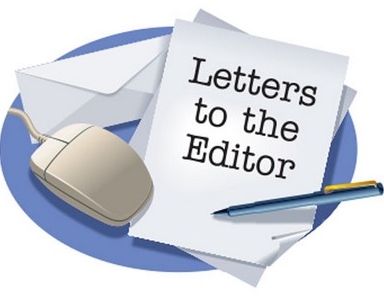 There is a new dynamic at work among conservative evangelical Christians.This new dynamic centers around their support for Republican presidential candidate and frontrunner, Mr. Donald Trump.

Conservative evangelical Christians have in the past insisted that in order for a political candidate to receive their support the candidate must reflect their perceived Christian "values." These values are based upon their interpretation of scripture and include such things as opposition to same sex marriage, opposition to gay rights, opposition to ACA, support of traditional family values, etc. While this "values" standard has been in place for many years, the new dynamic created by Mr. Trump has signaled it's demise which, in my opinion, is a development of immense dimensions.

Mr. Trump is currently leading all Republicans in his bid for his party's nomination. Not only is he leading nationally, he is also leading among conservative evangelical Christians and leads overall in Georgia. The support of Mr. Trump is at odds with the support of previous candidates who conservative evangelicals have insisted adhere to their strict "values" standard. Trump in no way adheres to such a standard. Quite the contrary. He is a candidate who is a casino mogul, has been divorced three times, has a liberal view on gay rights, has been in favor of single payer healthcare, has shown his disdain for Hispanics and women,  has voiced support for Planned Parenthood, has supported pro-choice in the past, is hateful and mean-spirited to any that disagree with him, and shows little respect for his fellow Republicans or humanity in general.

While claiming to be a Christian, he cannot quote a single Bible verse, has not sought forgiveness, as he claims he has done nothing wrong, and refers to communion as taking his little wine with his little cracker. His home church does not support his attendance. These attributes are not in keeping with the Biblically-based "values" conservative evangelicals have previously required of candidates.

Conservative evangelicals do not claim that they have suddenly seen the light and found Biblical justification for their support of Trump. In fact, the crucial nature and the applicability of these previously declared "values" was reenforced as recently as August 5, 2015, at the Southern Baptist Ethics and Religious Liberty Commission conference where speaker after speaker reiterated the point that it is a Christian's duty to ensure that biblical principles are being upheld by elected officials. Again, despite Trump being Biblically disqualified according to the conservative evangelical "values" test, he has been received favorably by leaders as well as congregants who claim they are conservative evangelicals.

Tony Perkins describes Trump as a "breath of fresh air." Phyllis Schlafly speaks of Trump's "refreshing" immigration platform. Daniel Ausbun of First Baptist Church, Moreland, Georgia declares that  Trump is "...the John the Baptist of presidential candidates." He has received praise from Franklin Graham and Ann Coulter, Ms. Coulter declaring that "'President Trump' is proof that God hasn't given up on America yet." Jerry Falwell, Jr., has described him as "One of the greatest visionaries of our time."

It should be noted that this relationship  between Trump and evangelicals did not just occur. It has been in the works for some time. Trump was a speaker at Ralph Reed's Faith and Freedom Conference several years ago. Also on  the program was Southern Baptist Richard Land who met with Trump privately at the conference. Trump has addressed Liberty University in the past and was awarded an honorary degree. He met previously with Paula White, a prosperity preacher and leader of a large church. He appeared with her on television. He is scheduled to meet  again with Mrs. White and other conservative evangelicals in about a month. So, realizing that conservative evangelicals have in the past insisted upon candidates adhering to a  "values" standard, how is such praise from evangelical leaders and Trump's support among conservative evangelicals to be explained. Certainly the Bible has not changed so there must be another explanation, and, there is.

Some years ago an ethics professor in a Southern college wrote about the role of "values" in politics. He declared that politics is not about "values," but rather politics is about money and power. I would submit that the support of Trump by conservative evangelicals and their leaders clearly reveals  that their concern in electing the next president is no longer about protecting Biblical values or ensuring that they support a person reflecting such values but is about political power. It is about winning and having a voice at the political table. This very human desire for power and to be able to impose their will and their brand of Christianity upon others is not new to conservative evangelicals. Older Baptists will  recall the un-Christlike power struggle between Moderates and Conservatives in years past. Today the SBC is dominated by heirs to this struggle and by many who participated.  We see similar struggles in other denominations.

We must understand that any number of leaders in  conservative evangelical circles covet power. We see it in some Baptist churches where deacons have been relegated to minor rolls and congregations have little say. We see Southern Baptists attempts to influence state and national legislation, some of which has absolutely nothing to do with the cause of Christ. The SBC spends large sums now on Washington lobbyists. We see pastors host candidates in their church.The quest for power is clear and  the route they have chosen is through the Republican party. If getting power means supporting someone like Trump and disregarding the values they claimed to be so dear,  then  obviously that is now the course they will pursue. For many power is more important than principle and more important than  following the teachings of Jesus.

There are concerns about this new dynamic. For instance, how are conservative evangelicals going to explain their apparent abandonment of Biblical standards; how is this change going to resonate with those faithful conservative evangelicals who put their faith in their leaders and believed that indeed a person should not be considered for political office unless he meets the strict "values" test; and, who voted based on these standards in the past but are now being told that the "values" test really does not apply? Also, what sort of Christian witness has conservative evangelicals provided to our country by their support of Trump ? Perhaps it is time for a real evaluation of the role a Christian should play in the governmental process.  Perhaps it is time that we separate the church from the state. After all, when we vote, hopefully we are voting for someone who will serve the common good of all people and not just his particular religious affiliation. The faith of any person is a  very personal matter and in reality is unknown to anyone except the believer and God.

Donald Trump's candidacy has brought to light important issues for Christians. It has also brought to light the real goals of many conservative evangelical Christians and, if you are a Christian, what we see is  troubling and needs to be addressed.This letter is not about supporting or not supporting Trump. Readers should support whoever they decide is deserving of their vote.This letter is written in an effort to hopefully make Christians aware of these very significant developments in the hope that they will finally come to grips with the question of what should be our role in government and how have we gotten ourselves into our current state.

Again, if I am rightfully understanding what has occurred, then we have a situation where good and faithful Christians have been led to believe for years that if a political candidate is to be supported by conservative evangelicals then that candidate must meet certain Biblical standards. Now in 2015 we are being led to believe these standards no longer apply.

These issues are complex and involved. They are deserving of meaningful, and thoughtful dialogue. I hope our churches and pastors will engage as well as laity. Because of the importance of these issues, part two will follow.