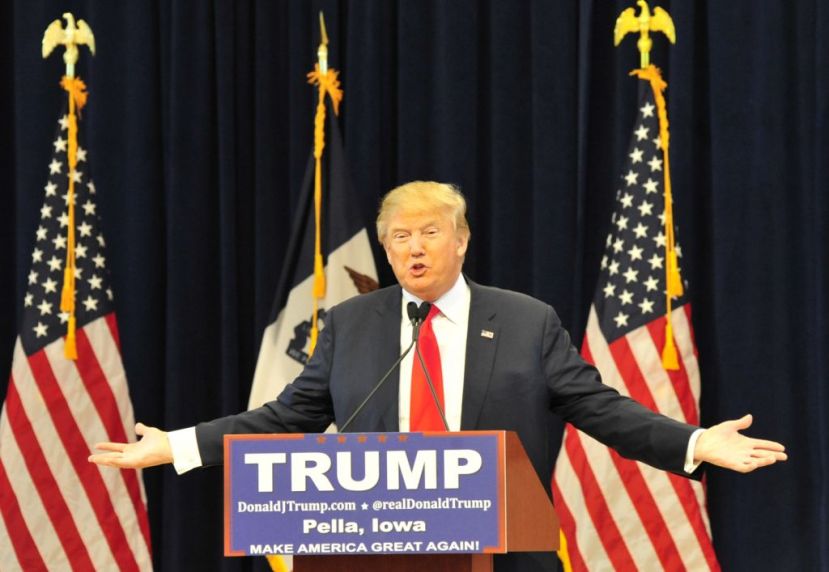 Nearly four years ago, when President Barack Obama won his bid for re-election, I wrote on my Facebook page that I feared we had headed down a path from which there would be no way to turn.

Now, as we speed towards another presidential election, it appears as though I was more right than even I had imagined. The traditional conservative message of smaller government, less governmental interference into our private lives, personal accountability, and lower taxes has gone the way of the dodo.

The current Republican frontrunner, whose nomination it is his to lose at this stage, is far from a typical conservative. After eight years of the great social experiment that has been the Obama administration, one would think that voters would be lining up to cast a Republican ballot. That does not, however, appear to be the case.

Bernie Sanders and Hillary Clinton, with their radical tax first, explain later policies, have mounted surprisingly strong campaigns. Despite Sanders’s strong showing in the early primaries, Hillary will get the nomination, if, of course, she doesn’t get indicted. And should she win the nomination, no Republican candidate would have a prayer of defeating her.

When Trump first announced his candidacy, I, like many others, thought it was a publicity stunt. I didn’t think there was any way he was serious. Nor did I think that the American people would take him seriously as a candidate. And here we are, well into the primary season, speeding toward Super Tuesday, and Trump sits atop the Republican field.

What is Trump’s draw? I think there are several, not the least of which is his status as a political outsider. The second and third place candidates, Senators Ted Cruz and Marco Rubio, are professional politicians. While Cruz markets himself also as an outsider, he’s far from it. Rubio is more of an establishment candidate and many insiders would love to see him with the nomination.

The American people, however, want something different. They feel as though the Republican leadership has let them down, and they aren’t altogether wrong. For example, Republican leaders signed off on President Obama’s omnibus spending bill late last year that increased spending across the board, something that left many Republican lawmakers and even more citizens feeling abandoned. That is seen as but one example of years of backroom deals and closet alliances with Democrats that have benefitted the left while compromising the right.

That feeling of betrayal opens the door for someone like Trump. First of all, Trump’s unfiltered nature has been seen as a refreshing break from the polished, rehearsed rhetoric of lifetime politicians. Trump has hurled pretty harsh accusations in a variety of directions and at a variety of individuals. Those of comments would have destroyed other candidates. Trump, though, seems to gain supporters with every rude and crass remark he makes.

Then there is Trump’s platform. His is far from that of a traditional conservative candidate. At the same time, however, it’s not as far to the left as some people have made it out to be. Here is where I believe we see the death of the conservative message. Cruz and Rubio are solid Republican candidates, good conservatives with the kind of message you would expect to find in Republican presidential hopefuls. Yet they can’t seem to overcome the Trump machine.

Trump’s message is a mix of conservative and liberal policies. What you’re seeing out of Trump now is a move that nearly all candidates make, though he is making it very early in the process. In the primary season, candidates propose hardline party platforms to appeal to their party’s base. Once they secure the nomination, they nearly always gravitate to the middle without abandoning the overall goals and objectives of their party. Trump, however, is already moving to the middle – actually to the left of middle. This is Trump’s confidence – and arrogance – on full display. He thinks the nomination is already his; therefore, he’s launching full-scale into a campaign aimed at winning voters on both sides of the aisle, not just the Republican base. And as such, he’s espousing some very non-Republican ideas.

The devil, though, is in the details.

Within the last two weeks, Trump has endorsed two very non-Republican issues – Planned Parenthood (without abortions) and Obamacare’s individual mandate. Those are two hyper-left positions that should have halted Trump’s campaign in its tracks. But what happened? Trump went out and destroyed the rest of the Republican field in South Carolina Saturday night, further solidifying his position as the Republican front-runner.

In explaining his statements, Trump didn’t back down. In an interview with 60 Minutes, a portion of which Breitbart published online, Trump elaborated on his Obamacare position. “[The uninsured] are going to be taken care of. I would make a deal with existing hospitals to take care of people. And, you know what, if this is probably . . . the government’s gonna pay for it. But we’re going to save so much money on the other side. But for the most it’s going to be a private plan and people are going to be able to go out and negotiate great plans with lots of competition with lots of competitors with great companies and they can have their doctors, they can have their plans, they can have everything,” he said.

While Breitbart didn’t get into the Planned Parenthood statement, it did print what Trump had to say about taxing the rich, something that hasn’t – at least to my knowledge – gotten a lot of press lately. He said he would raise taxes on the very wealthy. Then, when asked by Scott Pelley what kind of Republican he was, Trump had this to say: “I’m a pretty good Republican. But I will tell you this – I do have some differences. I don’t want to have certain people on Wall Street getting away with paying no tax.”

If Trump is true to his word, he has an economic plan that will grow the economy, put people to work, and lower taxes for everyone but the very wealthy (which, interestingly enough, means him as well as his cronies). He has some very typical Republican planks to his platform. But he likes universal healthcare and closing tax loopholes for the rich. I would also imagine that in his heart of hearts he’s pro-abortion and very much in favor of gay marriage, two issues that differ from the beliefs of most Republicans.

And that’s why I say the traditional Republican platform is dead. Trump seems to offer a compromise from the hardline conservative message that voters feel is cold, harsh, heartless, and, in the minds of many, outdated. He wants people to work and prosper, he wants to lower taxes, but he also wants to help the less fortunate through government programs – the kinds of programs most Republicans abhor.

It is still too early to determine exactly what the outcome will be. But right now, it appears to working perfectly.