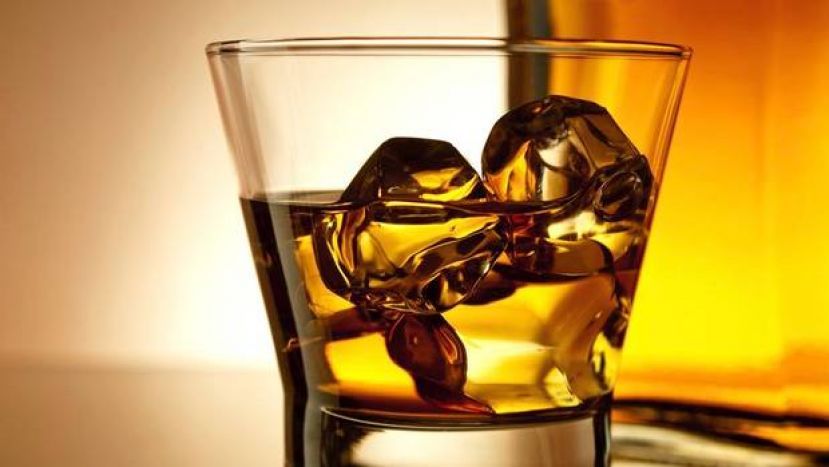 Photo courtesy of theglobeandmail.com This is the same photo we used in April when commissioners voted to put Sunday alcohol sales on the ballot in "as-yet undetermined" time. That time, apparently, is now.

Early voting begins Monday. As we ready ourselves for what will undoubtedly be an absurdly negative and disturbing run up to Election Day, voters in the city of Douglas will have two important decisions to make. On the ballot for voters just registered in the city are two local referendums related to Sunday alcohol sales.

The first ballot question asks if Sunday sales by the drink should be permitted while the second question asks if retailers can sell beer, liquor, and wine on Sundays. The two are separate ballot items; therefore it is quite possible that one could be voted down and the other could pass.

I, however, hope voters reject both questions.

I could sit here and quote alcohol statistics from now until the election. We could talk religion, politics, economics, and just about everything as it relates to this subject. I will not do that – we all know the dangers, risks, and consequences of alcohol use. If you like to partake, you will be unfazed. If you don’t, no economic or social argument will change your mind.

I oppose it on two fronts. The first involves Sunday itself. Sunday is set aside for what is supposed to be a day of rest. Though this is rooted in Christian tradition, I believe there are benefits of having a day of rest even if you are not a Christian. Having a day to unwind and spend with family and friends before the work week begins is important. Doing so with a clear head and the relative freedom from the complications that inevitably come from alcohol use is equally important. Six out of seven days are wide open for alcohol use and purchase; I don’t think it’s asking too much to let Sunday remain Sunday.

The other reason I do not support Sunday sales is because I believe there has been a deliberate attempt by the city government to keep this issue of the public discourse. Many of you reading this are probably hearing about it for the first time right here. There has been one mention that I know of in the local media, and that was back in April. On April 14, I wrote the following after a city commission meeting: “City manager Terrell Jacobs asked the commissioners if, at an-as yet undetermined time, offering Sunday alcohol sales could be placed on a local referendum. With little discussion, commissioners approved the request. No one discussed any details of when this measure would go before the people.” That “as yet undetermined time” is now.

Most pastors don’t know it’s on the ballot. The ministerial association just found out about it this week. Churches don’t know. Most family values-based agencies and organizations have no idea it’s out there.

Our preoccupation with the president’s election at the national level and the sheriff’s election at the local level has created an atmosphere that has allowed this measure to slip under the radar. Normally, you would have an organized campaign led by pastors, churches, and people of faith opposing such a referendum. That hasn’t happened in this case and I don’t think that’s by accident.

I don’t know the exact reason why this is the case but I’m willing to bet that during the last city election, there were a few campaign promises made to put this on the ballot and keep it as quiet as possible so that it stands the best chance of passing. Part of the responsibility for this not getting out before now lies squarely on my shoulders. As a local media outlet, I should have done a better job informing the public. I have not and for that I apologize.

Over the last year, we have outlined several instances in which we believe that the city government willfully and purposely attempted to hide information from its citizens. This is yet another example of their continued efforts to impose their will on the city with little or no input from citizens. The city government is counting this referendum to pass due to people’s ignorance of the issue.

Over the next few weeks, you will see a campaign launched to oppose Sunday alcohol sales in the city of Douglas, both in retail establishments and by the drink. People in the county will not have an opportunity to vote for or against the measure; this is a city-only referendum.

City voters, I am asking that you carefully weigh this decision. This vote will have a tremendous impact on children and families in our community. I live in the county so I cannot cast a ballot; however, if I could, I would vote against it. Let’s keep Sunday what it is, and at the same time, let’s demand more transparency from our city government. They have not been good stewards of the public’s trust over the last year. It won’t change unless we force their hand.

And this is a good place to start.

More in this category: « Alive to Christian culture, dead to Christian faith Danner: Do your homework and then go vote »
Login to post comments