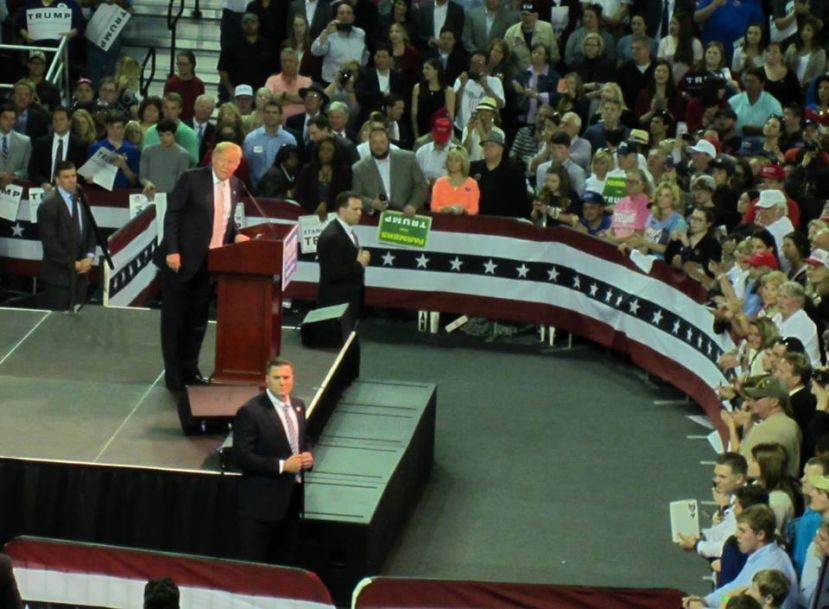 Although President Trump's first 100 days in office have been interesting, to say the least, it may depend more on who you are reading or listening to for you to figure out whether he has been successful (maybe), a failure, or possibly somewhere in the middle.  However, I think a balanced view would say that he has not met all of his promises for his first 100 days in office, to which some would say that that alone makes him unsuccessful during this time period.

One thing that I have learned (for my own growth in understanding political history) is that the concept of the importance of the first one hundred days of any president is arbitrary.  Literary editor for the Weekly Standard, Philip Terzian, in a podcast discussion here explains why it rarely matters.

But Trump's first 100 days has been filled with a number of problems: one major issue was the failure of repealing and replacing President Obama's Affordable Care Act (more infamously known as Obamacare).  The debacle that came from not replacing ACA is a big deal because many would say that Republicans won the House and Senate and Trump got the White House mainly or partially due to their promise of getting rid of the problem-filled ACA.  Desiring to meet the issue head-on was good; meeting healthcare reform with any legislation that was as bad as Obamacare did not do Trump or any right-winged politician any favors.

Another thing to think about is obviously Trump having a low approval rating, but I am not too trusting of ratings or polls or what have you.  I mean we have to remember that this is the same guy who won the presidency after polls showed (and many of us believing the polls) that he would surely lose.

Something that David Leonhardt, a columnist with the New York Times, points out is Trump and his administration have been plagued by scandals.  Trump and some of his administration having had some prior connections with Russia has played out on the television like political version of a daytime soap opera.  I keep waiting for some piece of news from the investigation that will get him impeached, but we have not gotten quite there yet and I hope that it does not come.

One thing many conservatives are proud of is that President Trump did meet his promise when it came to nominating a Supreme Court justice.  Neil Gorsuch was confirmed by the Senate and is succeeding Antonin Scalia, who had been a justice much loved by those on the right.

Lastly, the number of illegal immigrants crossing the border from Mexico has not been completely quelled, but has significantly slowed as Ross Douthat of the New York Times points out.  There is a hope that the migration will at least slow significantly.  As Douthat insightfully writes: "This drop-off is a good thing, period, because it means that fewer people are undertaking a dangerous journey that falls afoul of United States law, and because it suggests that America might actually be able to establish more control over migration than many of our supposed wise men have long claimed."

In conclusion, as has been made known before, the first 100 days of any presidency has been made a bigger deal (from the time of Franklin D. Roosevelt) than needs to be, but it is possible that we can see the future of what is to be of the Trump era.  However, we need not be too prophetic of Trump's tomorrow because anything can happen as politics is a game with many twists and turns as history has shown us before.  Plus, if you go back to previous presidencies, the first one hundred days ended up not being as important as the entire term.  (Check out article: How do Trump's first 100 days stack up to past presidents?)   I hope the same for this president.

More in this category: « Danner: People who serve the public shouldn't have to deal with rude customers Letter to editor: Mental health needs of veterans »
Login to post comments