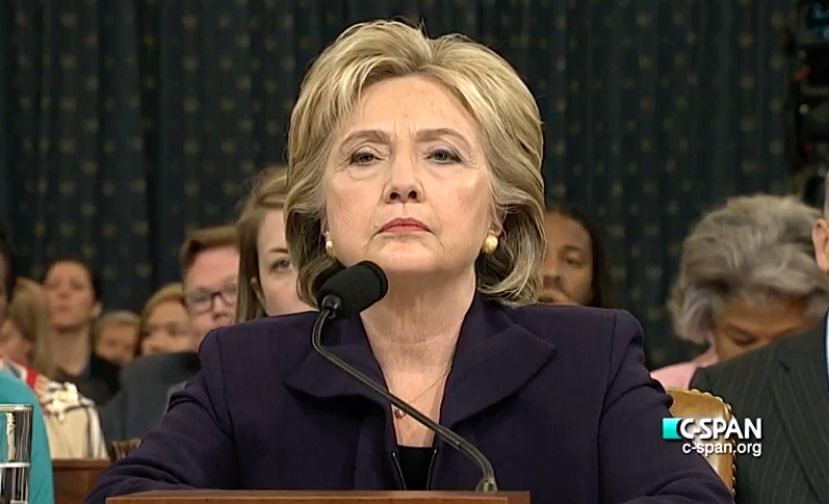 There are times when someone may lose after giving their best in a competition.  Many of them usually will concede that they had their own faults and will explain their failings or talk about what they could have done better.  If you had taken any time to listen to Clinton during aninterview at the Women for Women International, then you would have seenthe total opposite.  She was willing to say that she tookresponsibilityand was aware of the challenges, but you did not seem to want to go in depth with the problems that might have also played a part in her losing the election.

Clinton still mainly points to FBI Director Jim Comey'sletterto lawmakers back in October of 2016 dealing with new emails involving the investigation of Clinton's private email server while she was Secretary of State.  Oddly enough, Comey would reiterate that he did not think Clinton should be prosecuted for her handling of classified information and he still stands by his decision.  Recently, the FBI Director made it known that he would not go back and change hisdecision.  At least he sticks to his guns, whether right or wrong.

Also, she states that the other group that hurt her chances at being our Commander-in-Chief was WikiLeaks because of hacked emails that they released.  Apparently, Julian Assange, the WikiLeaks founder, doesn't feel sorry for her and said as much in apost on Twitteron May 3.

Then, she suggests misogyny played a role in her losing the November 2016 election.  However, in the same interview, she did not hesitate to remind everyone that she had won three million more votes than Trump.  Now, this is an educated guess: but one may conclude that out of that three million votes, there had to be some men sprinkled in there somewhere.  I mean if nothing else, she gets plenty love from Hollywood liberal men.  Was it not a superstar by the name of Justin Timberlake who hosted afundraiserfor Clinton back when she was on the campaign trail?  Timberlake is male; no misogyny there.

Why not touch on the other problems that plagued your campaign and your political life in general?  Many voters would have not forgotten about what happened inBenghaziback in 2012 and would still wonder how much did Clinton and others know before 4 lives were lost and could it have been prevented.  Other voters may have felt that her agenda as well as other Democrats would seem tobenefitthe wealthy more than the working class folk.  Then, there is just the history of the Clintons together from President Bill Clinton's time as a politician and theirfoundationisn't squeaky clean either.

This is not to say that those other things did not play some part in her loss at all.  There may be some legitimate reason to believe that the email leaks and Comey's letter played roles in her loss.  But what she should not forget is that she made decisions early on that have called for an investigation to be done dealing with her private server and her involvement on decisions made or not made when it came to Benghazi.

Plus, when you have been in the public eye for so long and lived as a politician in recent years while being married to another scandal-filled politician, you should point the finger toward yourself a little more than is characteristic of Secretary Clinton.