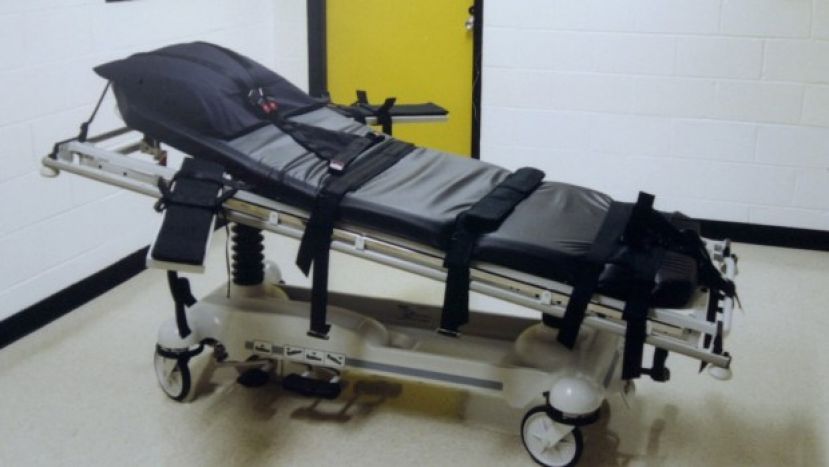 I appreciate your recent article on the execution of Mr. Warren Hill and your forthrightness to describe it online.  With the upcoming Supreme Court debate as to whether the three cocktail cocktail lethal injection constitutes “cruel and unusual” punishment, your eyewitness account provides a portrayal of a systematic single drug execution that appeared to occur without much undue suffering to Mr. Hill.   And yet I found your description clinical, the matter of fact New York Times journalistic style digressing beyond the bounds of reportage when you opine, who am I to to refute their judgments?  Such a haunting question and yet so framed, it’s not really a question at all.  It’s rhetorical–an answer of moral neutrality, a back row seat of the onlooker who has been allowed admission and has no more responsibility than to watch the spectacle unfold.  It is a seat in the theater of the “majority must be right,” a pact that each of us tacitly signs as members of a democracy at large.  And it works–most of the time.  But that’s a huge assumption and against that haughty presumption stands the individual.   The “I” of which you speak is the one who has the right to refute any judgment by the state which he or she deems an overreach of its constitutional arms.

As I am sure you are aware Georgia executes a disproportionate amount of minorities relative to the population at large.1   With the recent execution of a war veteran identified by the VA as suffering from a 100 percent mental disability (PTSD) and now a two-time murderer with borderline mental retardation (developmental delay) with an IQ of 70, I fear we are creeping back again to our less than glorious past.

In Georgia’s history it was the “who am I to refute their judgment” crowd who condoned slavery, electric chair executions and even the terroristic KKK.   So long as it wasn’t done to one of us (the majority–white, intellectually capable and preferably not poor), the judgments of the many silenced the voice of the few.   By establishing a tone of neutrality, of accepting the status quo, one personifies Mr. wash my hands of it myself–Pilate, representative of all of us who surrender our moral prerogative and go with the flow.  And what a flow it is.  From the churchly condemnations of Galileo and Copernicus to the homeland elections of Nixon and...you get my drift.  Sometimes the majority aims high but misses low.

“Who am I to refute their judgments” slips too easily into glib moral surrender evoking that classic saw of old:  Edmund Burke, “The only thing necessary for the triumph of evil is for good men to do nothing.”  I consider you a good man and I am thankful that you were able to be there as Mr. Hill expired and offered up your prayers to a just and merciful God for his welfare.  But could not a more lasting devotion for Mr. Hill be the willingness to confront his execution by questioning the right of the state to execute one of its citizens who Jesus would surely have considered as one of the least of these?  We may come out on different ends of the spectrum regardinglethal injection, (an argument for another day) but to abdicate our moral responsibility in such proceedings and assume them as just2 leads to observationalism, a sterile neutrality.  And like being a little bit pregnant, when put to the test being a bit neutral turns out not to be neutral at all.

1University of Iowa law professor, David C. Baldus along with two colleagues, published a study examining more than 2,000 homicides that took place in Georgia beginning in 1972. They found that black defendants were 1.7 times more likely to receive the death penalty than white defendants and that murderers of white victims were 4.3 times more likely to be sentenced to death than those who killed blacks.  (Op-Ed, NY Times July 8, 2011)

2Paul’s argument in Romans 13 I see as an argument against anarchy rather than a clarion precept to accept as right all laws of the state: Nazi Germany a case in point.

More in this category: « Georgia’s ‘religious liberty’ bill is an insulting waste of time Sheriff Wooten responds to issue of unserved warrants »
Login to post comments