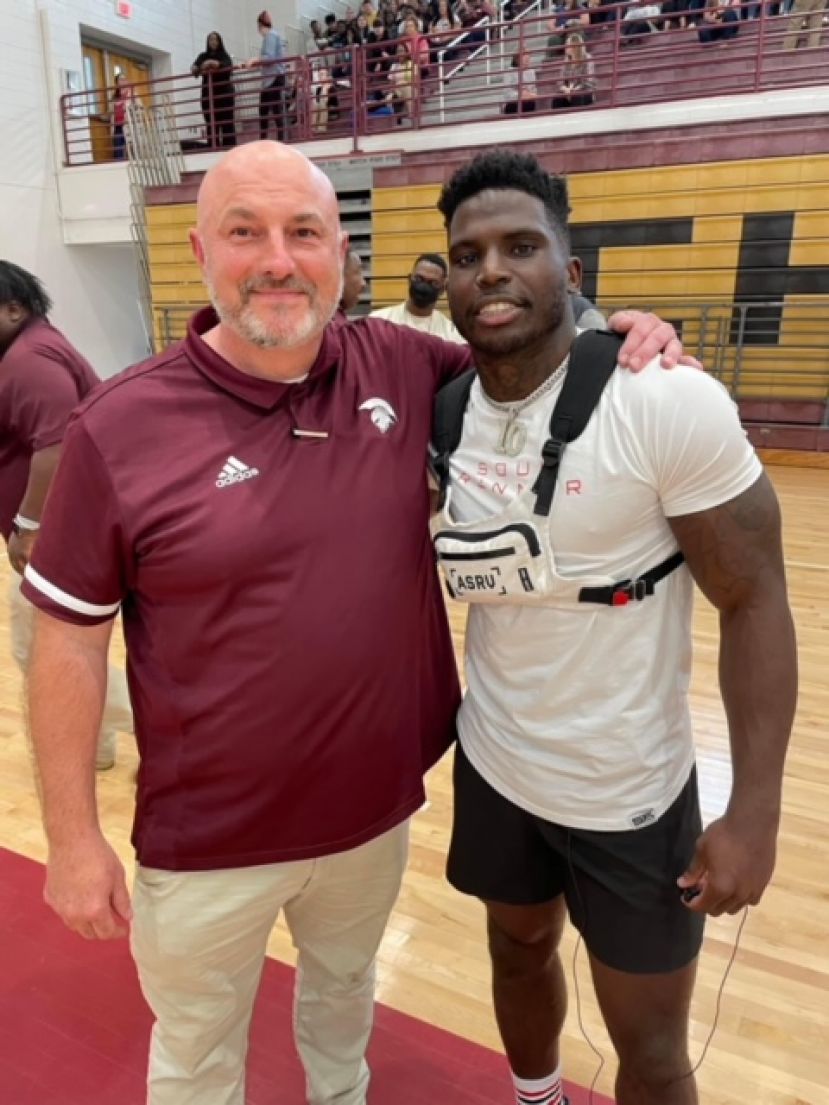 DouglasNow.com file photo Tyreek Hill, seen here earlier this year at Coffee High School with Jerry Hill, one of his former coaches, is with a new team but his production hasn't been affected one bit.

When the Miami Dolphins opened up their checkbook to sign Tyreek Hill to a four-year, $120 million contract ($72.2 million guaranteed) in the offseason, they expected big things.

So far, they’re getting exactly what they wanted.

In two games with the Dolphins, Hill is leading the NFL with 19 catches for 284 yards and two touchdowns. Miami is 2-0 with wins over the New England Patriots and the Baltimore Ravens. Both of his touchdowns came against Baltimore, the second of which tied the game after the Dolphins had trailed by as many as 21 at one point.

Hill’s production has also positioned embattled quarterback Tua Tagovailoa as the league’s top quarterback. For the young season, Tua is 54-74 for 739 yards with seven touchdowns and two interceptions.

Hill is adding another chapter to a career that looks like it will end at the Pro Football Hall of Fame in Canton, Ohio. The six-time Pro Bowler has caught 498 passes for 6,914 yards and 58 touchdowns.