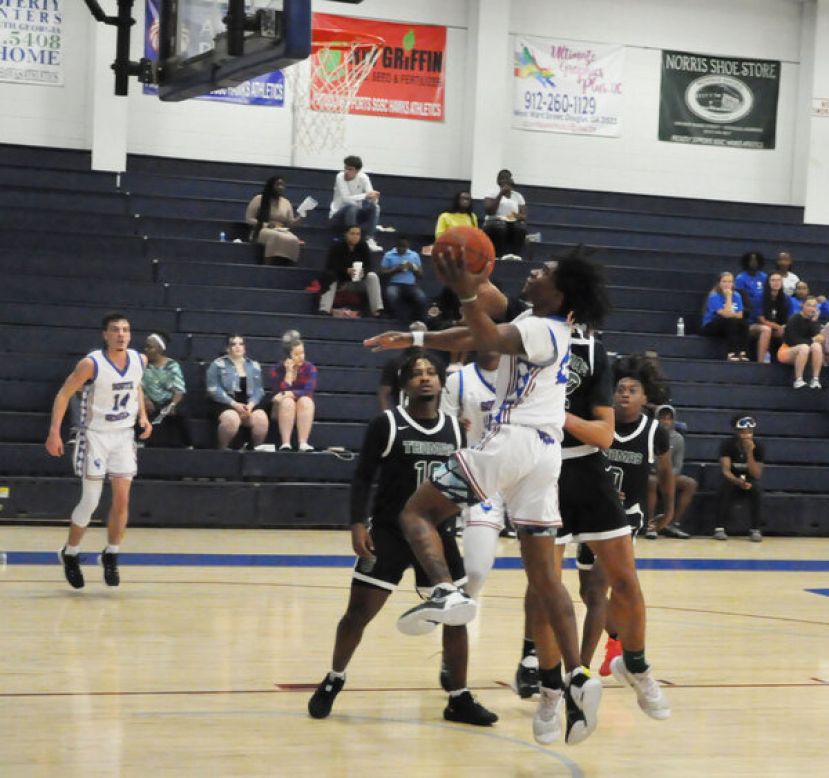 “This was a great opening game,” said Head Coach Cory Baldwin. “The guys came out a little nervous and anxious. Once they settled down, I thought they played well and improved tonight.”

Four players scored in double figures for the Hawks (1-0). Keith Lamar led SGSC with 22 points and 13 rebounds. Zae Wiggins had 14 points and four assists, while Carlos Hart and Yannis Woos each finished with 12 points. Woos had a game-high 16 rebounds.

SGSC hosted Action Sports Academy this past Saturday at 4 p.m. in the Wellness Center Gymnasium on the Douglas Campus. The Hawks begin a four-game road trip Tuesday, Nov. 8 in Jacksonville, Fla., against Florida State College – Jacksonville. SGSC will play its first game on the Waycross Campus Friday, Nov. 18 at 8 p.m. during the Applebee’s Okefenokee Classic.

More in this category: « Tyreek Hill: From Jardine Stadium on Friday to the record books on Sunday Trojans break the Mustangs 34-6 in first round, head to Decatur next week »
Login to post comments