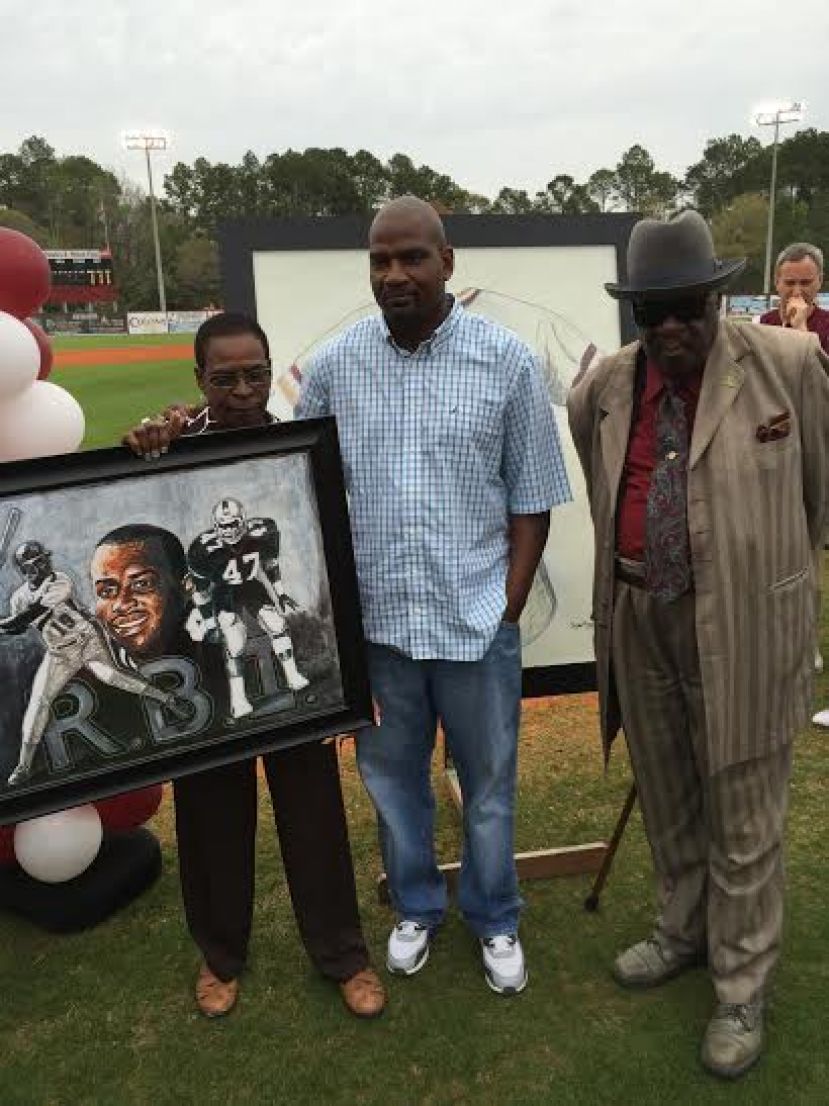 Ladies and gentlemen, could I direct your attention to home plate? Tonight, we have a special ceremony remembering one of the finest student-athletes to ever pass through the halls of Coffee High School. If there ever was a glory period of Coffee High athletics, it would have to be the first half of the 1980s. We have had hundreds of talented young men and women pass through the athletic program of our school. But there probably hasn’t been a more talented group of athletes, top to bottom, than those who took the fields and the courts in the early 80s. Many of their names are etched on the sign commemorating the back-to-back state baseball championships we won in 1983 and 1984. While they won state titles in baseball, most of those young men contributed in other sports and, of course, in the classroom. Of all the names on that sign, one stands head and shoulders above the rest.

Riccardo Ingram, who we tragically lost to cancer almost exactly one year ago, headlined a team filled with headliners. He was a standout in football, basketball, and baseball, and during a time without recruiting services, national high school athletic media coverage, and national signing day press conferences, Riccardo had college scouts from all over the country traveling to Douglas in search of a few minutes of his time. He was a ball-hawking, punishing defensive back right behind us in Jardine Stadium. He was a five-tool baseball player before the term was even used. Riccardo had a ferocious will to win. But winning wasn’t enough – he wanted to dominate his opponents, to make sure they knew that it was he who had bested them. Riccardo played his chosen sports the right way. He was never one to rely solely on his athletic ability. Instead, he complemented his God-given talent with a tireless work ethic. He was seldom the biggest, fastest, or strongest player on the field. But he always found a way to beat those who were supposed to be of superior talent.

He could have chosen any college in the country after he graduated. Riccardo decided to attend the Georgia Institute of Technology, where he was two-sport star in baseball and football. The Detroit Tigers selected him in the 1987 draft and he played in 16 Major League Baseball games for the Tigers and the Minnesota Twins. After retiring from baseball, he became a respected coach in the Twins organization. Riccardo used the same work ethic from his playing days to mold a number of wild-eyed minor leaguers in to Major League players.

All Region. All State. All Conference. All American. Player. Coach. Friend. Trojan. Tonight, we honor Riccardo Ingram, and we would like to take a moment to honor the man who very well could be the greatest Trojan of them all.