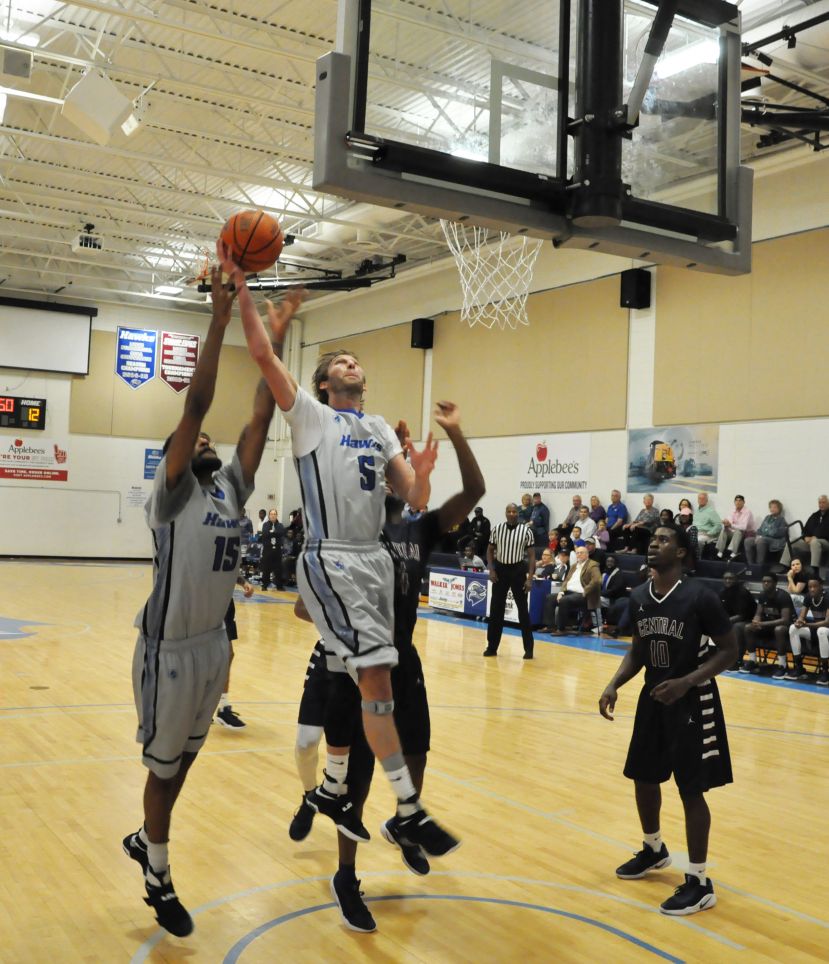 Zaquavian Smith led all scorers with 23 points, and the South Georgia State College Hawks survived a furious second half comeback by Central Georgia Tech to beat the Titans 77-69.

The Hawks (18-6, 6-4) led 42-29 at halftime and extended their lead to 20 points in the second half only to watch it shrink to seven points with less than two minutes remaining in the game.

“That was definitely the difference for us. When you shoot that well from everywhere, you give yourself a pretty good chance to win,” said Baldwin.

In addition to Smith, Jarred Heard had 14 points, five rebounds, and two assists. Jordan Young finished with a double-double of 10 points, 11 rebounds, one assist, and one steal.

The Hawks are currently the fourth seed in the conference standings with six games remaining in the regular season. They continue their current three-game homestand Saturday afternoon at 4 p.m. against Chattahoochee Tech and finish Monday night at 7 p.m. against Atlanta Metro.

General admission to all regular season home games is $5 with children five and under admitted free.