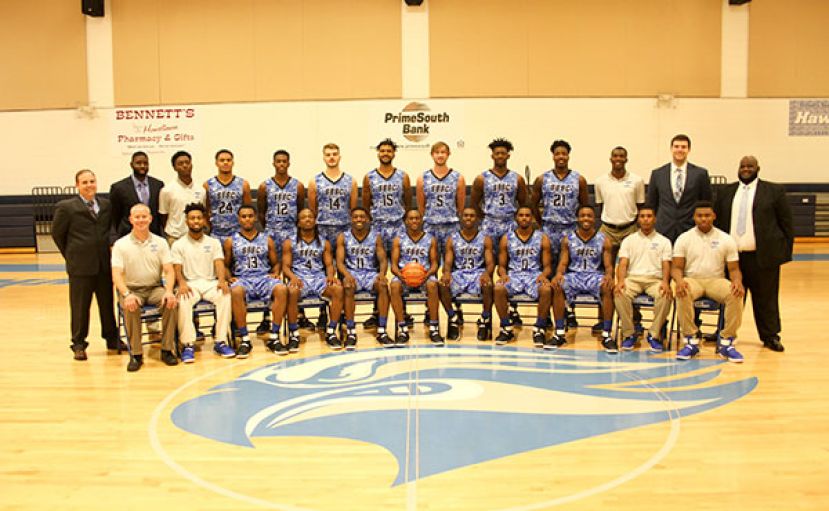 Three members of South Georgia State College’s men’s basketball team have been selected for postseason honors by the coaches of the Georgia Collegiate Athletic Association (GCAA).

O’Showen Williams, a 5’11” freshman from Macon, Ga., was an honorable mention selection to the All-GCAA team and named to the All-Freshman team. Williams averaged 13.6 points, 3.7 rebounds, and 5.0 assists per game. He finished third in the conference in total assists with 149.

Jordan Young, a 6’7” sophomore from Albany, Ga., was named to the All-Defensive team. He averaged 7.4 points and 8.3 rebounds per game. Young’s rebounding average and total rebounds (242) placed him sixth in the conference. He finished twelfth in the conference in total blocked shots with 21.

“All of these honors are testaments to the hard work these guys have put in,” said head coach Cory Baldwin. “The honors also bring recognition to our program and to SGSC, which is a plus.”

The Hawks finished the regular season as the fourth-ranked team in the conference and have advanced to the GCAA Conference Tournament semifinals to face Georgia Highlands Friday night at 7:30 p.m. in Rome, Ga.