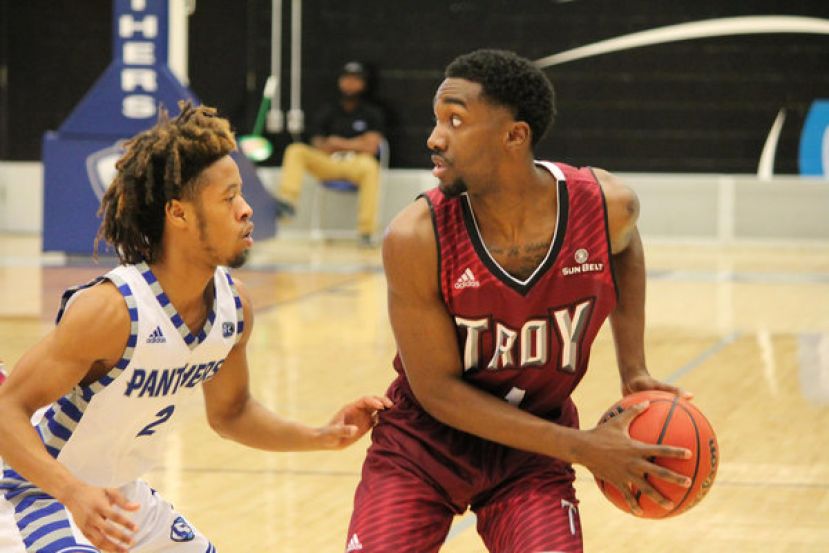 For the first time in Hawks basketball history, South Georgia State College will be represented at the NCAA Men's Basketball Tournament.

Daniel Peace, a 2015 SGSC graduate and current senior on Troy University's men's basketball team, will travel with the Trojans to Greenville, S.C. to play the Duke Blue Devils Friday night in the first round of the tournament.

"It's still so unbelievable," said Peace. "We had our ups and downs throughout the season, but we stayed the course and peaked at the right time! I couldn't have a better end to my senior season."

During his sophomore season at SGSC, Peace helped the Hawks capture the 2014-2015 Georgia Collegiate Athletic Association (GCAA) regular season championship, averaging 10 points and five rebounds per game. He was named to the GCAA All-Tournament Team and the All-Academic Teams for the NJCAA and the Georgia Basketball Coaches Association. He holds the SGSC record for most assists (431) and most steals (249) in a career.

“Daniel making the NCAA Tournament is awesome for him and for Troy," said SGSC head coach Cory Baldwin. "It's awesome, too, for our 2014-2015 team that won the GCAA regular season. Our basketball alumni are a tight group, so I know his former teammates are excited for him."

The Trojans (22-14) captured the Sun Belt Conference Tournament Championship Sunday afternoon, which qualified them for an automatic berth in the NCAA Tournament. They are the No. 15 seed in the East Region, while Duke (27-8) will open the tournament as the No. 2 seed.