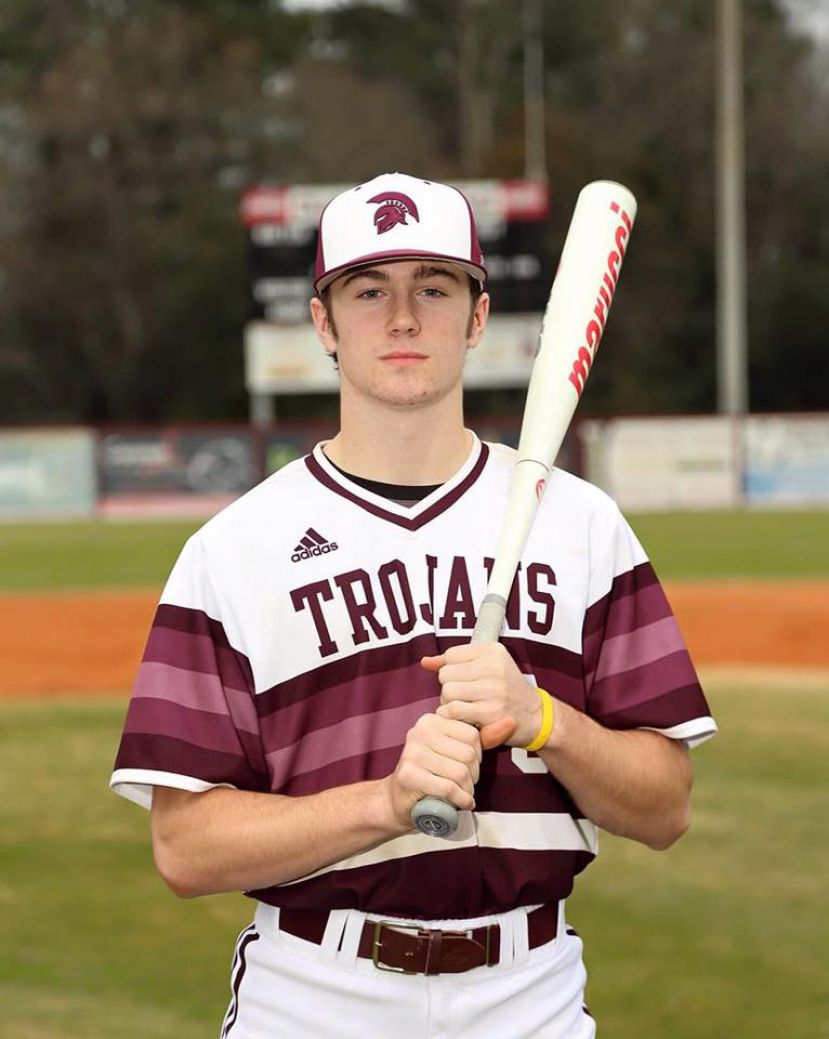 The Coffee High Trojans were handed a 6 to 0 defeat at the hands of the Valdosta Wildcats last night at Charles A. Wilson field. The Trojans were overmatched by powerful Valdosta hitting.

Valdosta pitching was also decisive. Although the Trojans hit a lot of hard line drives and deep fly balls they were, for the most part, right at Valdosta defenders.

When asked to comment on the game Coach Joshua Cole stated that, “We hit the ball as hard, and had as good of plate approaches as I've ever seen a team have to score no runs.  I think we are more dialed-in in the batter's box than we have been in the last couple weeks.  So we expect to see some results from that.  Our relief pitching did a good job of minimizing damage.  I just think we lost our steam in the middle of the game when our solid contact wasn't paying off on the scoreboard.  It became a little demoralizing seeing Valdosta catch the breaks that we were missing.”

Coffee Junior Gant Vining was one of the highlights of the game for the Trojans playing a stellar defense behind the plate. The top of the fourth saw two Valdosta base stealers, attempting to swipe second, gunned down by Vining. A third runner was called out stealing second in the top of the sixth after another perfect throw from the arm of the Coffee backstop. Unfortunately for the Trojans the top of the sixth would also prove to be the inning that seemed to put the game out of reach as the Valdosta half of the inning started with a walk from relief pitcher Wade Sumner. Valdosta went on to play some fundamental baseball not often executed at this level by sacrificing a runner to second on a perfectly laid bunt down the third base line, advancing the runner to second. That runner would go on to score on a hard lined single down the right field line. The Trojans just couldn’t seem to mount a rally or catch any breaks against a formidable Valdosta pitching squad, and continued to record out after out the final few innings.

Trent Phillips was one of the few Coffee batters who did have some luck in getting his hits to find green grass against the Valdosta hurlers. He shot one up the middle in the bottom of the second and ripped one down the right field line just inside the chalk for a double with one out in the bottom of the fourth. Cooper Gruszka, playing first base, was unable to advance Phillips any further after crushing one to deep left center where it was hauled in by the left fielder. Adam Solomon ended the inning with another ill fated liner into the waiting glove of the right fielder.

The April 4 game was one of three against Valdosta. The next home game is scheduled for April 14 at 5 pm.