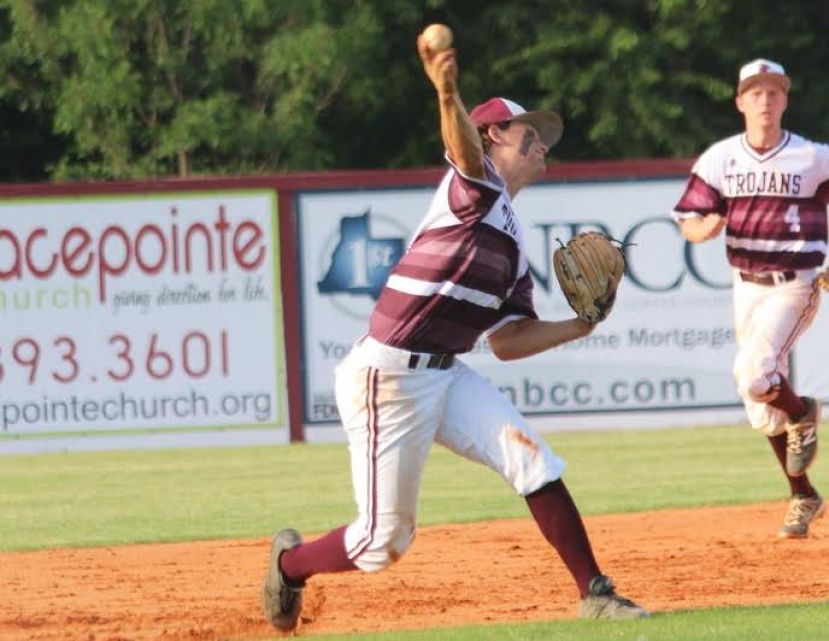 The Coffee High Trojans made a strong showing in the first game of Friday night’s doubleheader against the Lee County Trojans but lost in a squeaker 2-1. In the second game the defense fell apart late and Coffee ended up losing 11-1.

In game one, senior Max Hughes took to the mound and did a good job of stopping the Lee County bats. Senior Adam Solomon drove in CHS’s only run of the game with a ground ball to second that was thrown wide of the first baseman.

Lee County pitcher Josh Hatcher, who was topping out at 86 miles per hour, had the Trojans swinging in the dirt.

In game two, the Coffee High Trojans’ defense collapsed in the sixth inning. Lee County scored seven runs that inning and Coffee was unable to recover. This doubleheader marked the second and third game of a three-game series between Coffee and Lee counties and handed Lee the sweep.

Coffee High’s next game is today against Northside-Warner Robins at Charles A. Wilson Field at 5:30 pm.