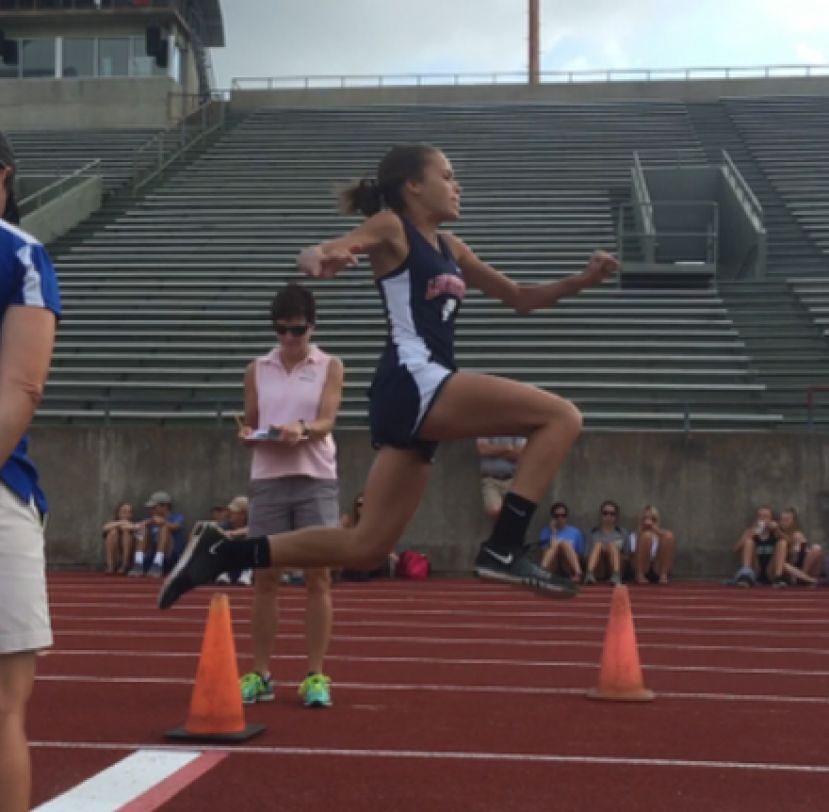 Gabrielle Mann, 14 of Douglas, recently traveled to Lawrence, Kansas, to participate in the USA Track and Field National Junior Olympics, where she placed 24th in the triple jump. She is an upcoming freshman at Citizens Christian Academy.

Gabrielle reveals that she has always shown an interest in track since she was in the fourth grade.  During that time, it was only a gym activity for her when she attended public school. “The coach there said they were having a region meet and they wanted Gabrielle to go and I was like she’s not even trained for this,” says Jessica Padgett, Gabrielle’s mother. In that moment, the family knew that she was destined to have a successful track career when they noticed how fast she could run. Jessica even admits that when Gabrielle was younger she would run around the house and asked to be timed to see how fast she was.

Gabrielle is a well-rounded athlete. She not only participates in track but also cross country, basketball and softball. She has competed in the 400 meters, 800 meters, 1600 meters, long jump, triple jump and cross country. Track and field gave Gabrielle the opportunity to travel to places like Florida, Atlanta, Kansas, and several other cities in Georgia to showcase her athletic abilities.

Gabrielle participated in the triple jump at the National Junior Olympics where she was able to jump between 32 and 33 feet. A triple jump is a hop, a skip and a jump and they measure the jump by the footmarks in the sand. Her success doesn’t stop there. “As an eighth grader she has set a lot of varsity records at CCA,” says the proud mother. She holds the cross country 5k, the triple jump, the long jump and the 800-meter varsity record at Citizens Christian Academy. “She’s actually beaten her own records a couple of times and we’re hoping that she keeps going,” says Jessica.

The Junior Olympics has four stages. Gabrielle couldn’t compete during the first round because of a basketball injury but she didn’t let that discourage her. She recovered and was ready to compete for the second round. During the Junior Olympics state meet in Carrollton, she placed third in the triple jump and second in the long jump. Next stage was the State Regionals in Jacksonville, where she competed against athletes from Florida, Georgia, and South Carolina. She placed third in the triple jump and eighth in the long jump. The final round was held in Lawrence, where she placed 24th in the triple jump against other Junior Olympians from around the country. Gabrielle confidently explains that she was never nervous to compete and how she more so had to calm her mother down.

Last season Gabrielle ran with the recreation department and was named the state champion in the long jump and second in the 400-meter. She is also a member of the South Georgia Blazers running club and they run with AAU and USA Track and Field. She gives credit to her coaches Daniel Hannah, CCA coach, and Bill Woods, South Georgia Blazers coach, for making her an even better athlete.“They’ve helped me keep going if I didn’t want to do it anymore and helped clear up some things I didn’t know,” says Gabrielle. 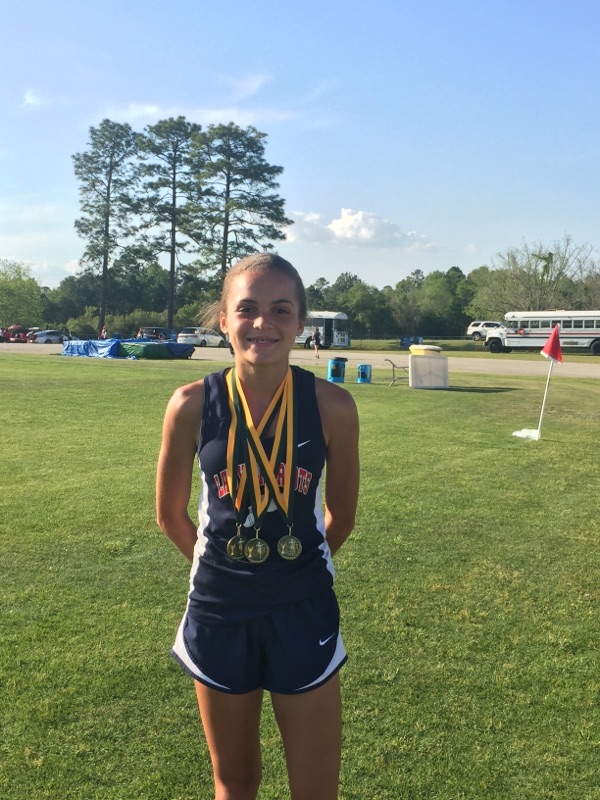