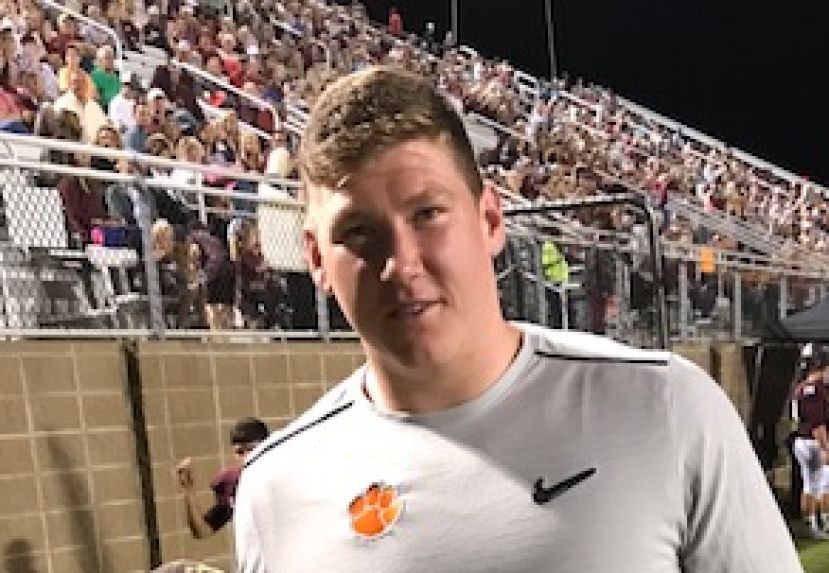 Robert Preston Jr./DouglasNow.com Maverick Morris
A pair of former Trojans had big weekends, helping their respective teams win conference championships. One is headed to the College Football Playoff while the other will face Southeastern Conference runner-up Auburn in the Peach Bowl on New Year's Day.
Maverick Morris, a 6'3", 300-pound lineman who has graduated from Clemson University but had a year of eligibility remaining, and his Tigers defeated unbeaten Miami Saturday night in the ACC Championship 38-3, securing #1 spot in the nation and earning a shot at Alabama in the Sugar Bowl in the first round of the playoff.
Wyatt Miller, 6'4", 306, a redshirt junior offensive lineman at the University of Central Florida, helped the Knights remain undefeated in a wild American Athletic Conference championship game 62-55 in double overtime. The win capped a storybook season for the Knights and the #10 spot on the Associated Press poll. Miller and his teammates will play the Auburn Tigers (#7) in Atlanta in the Peach Bowl on Jan. 1 -- in the same arena in which the Georgia Bulldogs trounced the Tigers Saturday for the SEC championship.
UCF's season didn't come without a price, however. During the game, news broke that Knights head coach Scott Frost had accepted the head coaching position at Nebraska, his alma mater. Frost was quarterback on the 1997 Cornhuskers team that won a share of the national championship. He will coach the Knights in the Peach Bowl.
Tagged under