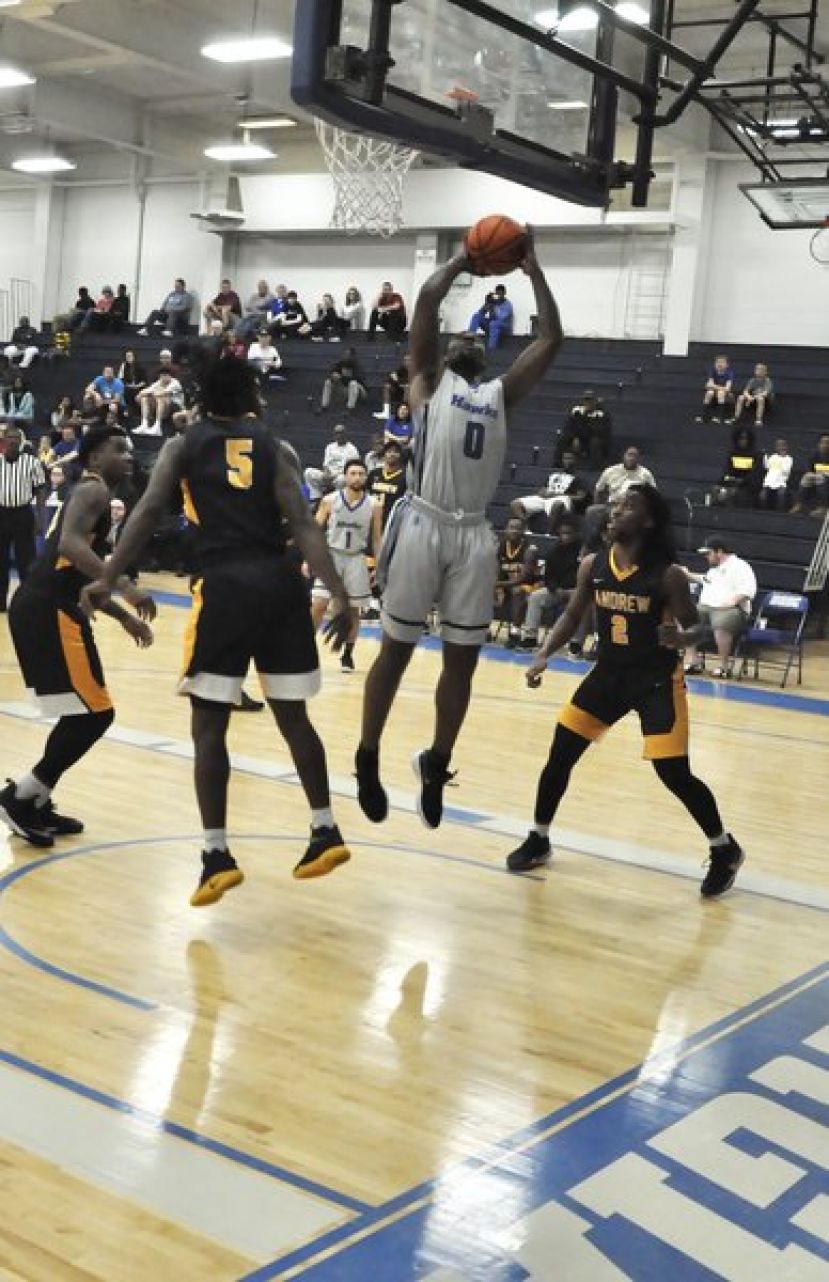 Tracy Hector had 15 points, eight rebounds and three assists to pace the Hawks (18-6, 7-3) to an 83-69 win over the Andrew College Tigers during Homecoming weekend on SGSC's Douglas Campus. The win moved the Hawks into second place in the GCAA behind Georgia Highlands after the Chargers defeated the second place South Georgia Tech Jets 82-80.

"We got a chance to play somewhere new today, and I think the guys responded well," said head coach Cory Baldwin. "Our shooting percentages have got to be the second best we've had thus far in conference."

Other top scorers included Skyler Baggs with 12 points, nine rebounds, and two assists as well as Keyshaun Street with 11 points.

When asked about his team's recent move up the GCAA standings, Baldwin was quick to point to the next game on the schedule – a road trip to Atlanta Metro.

"We're focused on Atlanta Metro," he said. "There's too much ball left to be played to get up or down about where we are right now."

The Hawks will make two long trips in the span of three days when they play Atlanta Metro Monday night and first place Georgia Highlands in Rome Wednesday night. The Atlanta Metro game was to be played originally on Jan. 17 but was rescheduled due to winter weather in the Atlanta area.

The Hawks next home game will be Saturday, Feb. 17 when Atlanta Metro makes the return trip to Waycross. Tip for the Atlanta Metro game is also set for 4 p.m.