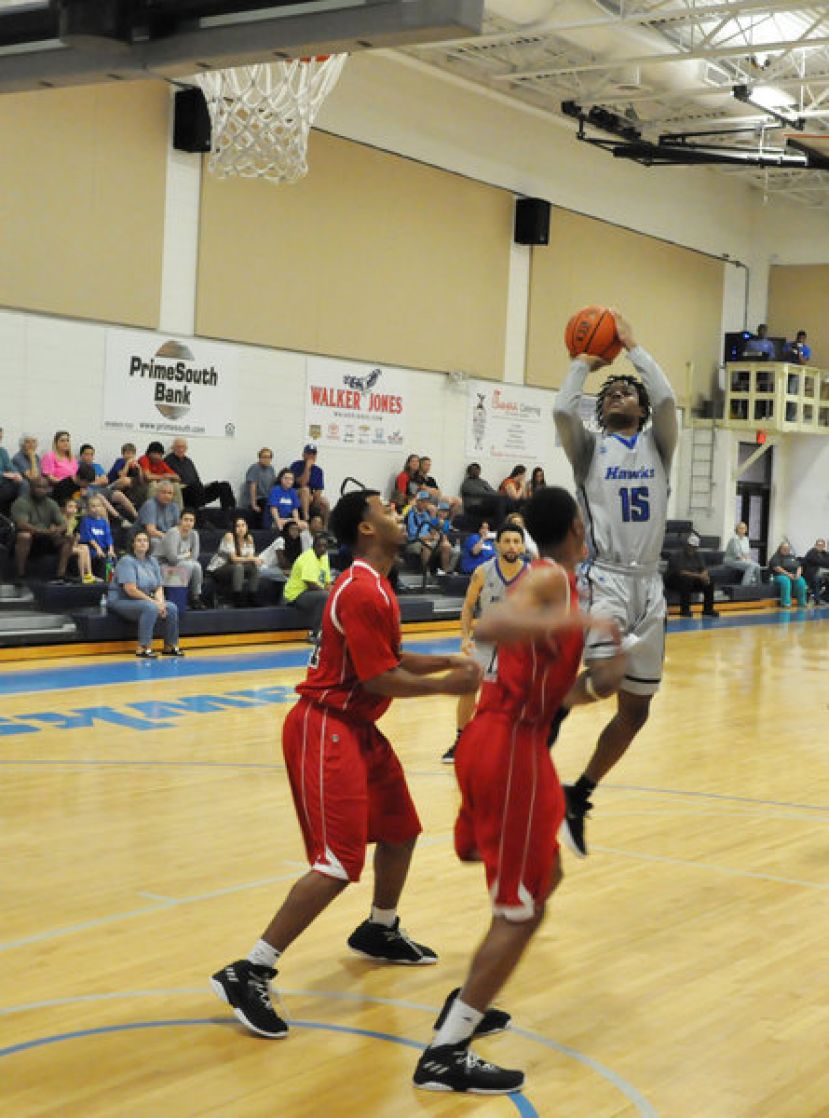 The South Georgia State College Hawks outscored the Atlanta Metro Trailblazers 18-9 in the final eight minutes to pull away for their 20th win of the season, 75-62.

The Hawks (20-7, 9-4) led by as many as 15 points in the first half only to see their lead shrink to three (36-33) at halftime. Head coach Cory Baldwin pointed to a cold shooting streak by the Hawks and the Trailblazers’s ability to score in the lane that made the game close.

“They (Atlanta Metro) were able to penetrate the lane and make some shots,” he said. “We did a good job defensively in the second half taking away that part of their game.”

In addition to getting the 20th regular season win Saturday afternoon, an SGSC player made history by finishing with SGSC’s first ever triple double.

Tracy Hector had 12 points, 14 rebounds, and 11 assists along with five steals to pace the Hawks. Dwayne Wilson was the official leading scorer with 14 points, and Keyshaun Street and Nate Louis finished with 13 points and 10 points, respectively.

The win keeps the Hawks in contention to host a play-in game for the GCAA Tournament. Three regular season games remain, and the Hawks will travel to South Georgia Tech and Albany Tech before returning home for Sophomore Day March 3 against Gordon State. Tip for the March 3 game is set for 4 p.m.