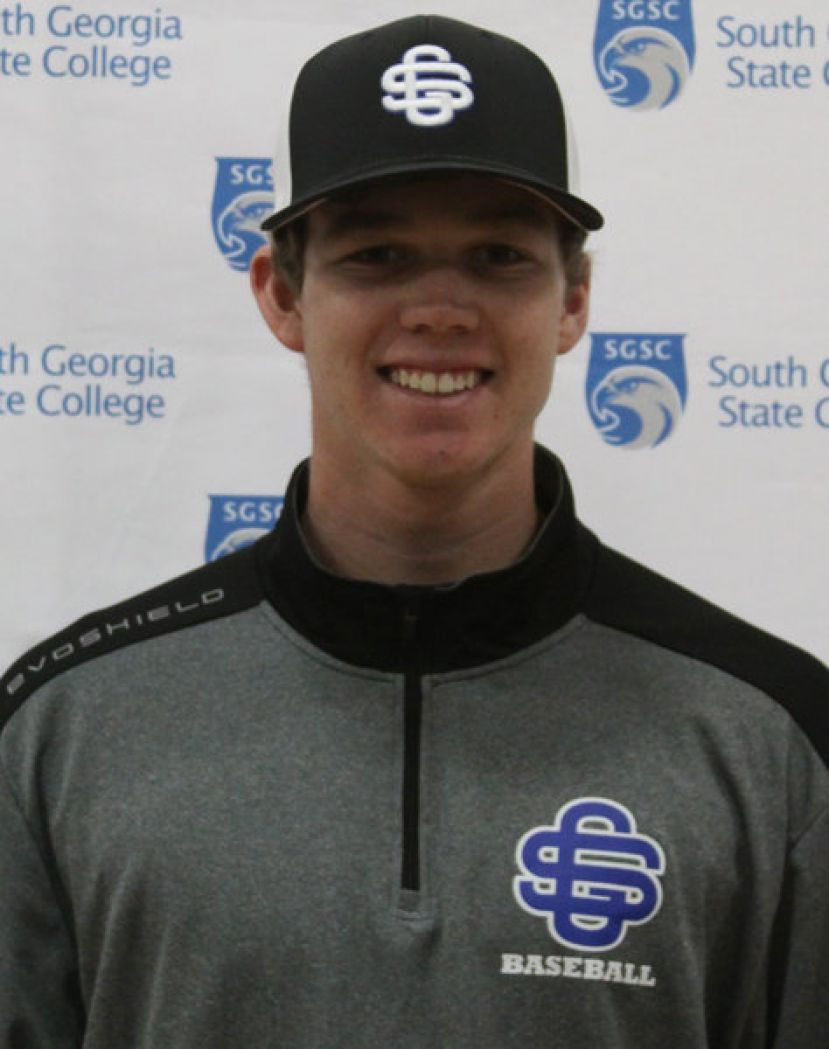 Submitted photo SGSC’s Christian Harkey from St. Augustine, Fla., hit a solo homerun during Saturday’s game to do his part in the victory.

On Friday, Feb. 23, the Hawks came away with a win by a score of 9–7. SGSC built a five-run lead in the fifth inning and then held off Central Florida’s charge in the remaining innings. The Hawks totaled nine hits with Cole Escher leading with three followed by Jake Bryan with two. Colby Owens, Tyler Solomon, Blake Brito and Justin Brooks each contributed one hit. SGSC stole nine bases during the game as three players stole more than one. Justin Brooks led the way with two steals.

Mark Mixon took the win for the Hawks. He went five innings, allowing five runs on six hits and striking out eight. Ian Smith and Hassan Westbrook entered the game and helped to close out the game in relief. Westbrook recorded the last three outs to earn the save.

The Hawks split a pair of games on Saturday, Feb. 24, falling to Central Florida, 3-1, and defeating Florida SouthWestern, 7-3.

Despite the loss against CF, pitching was strong for both teams. SGSC’s Zac Mainor sat down eight of CF’s players on strikeouts. He also surrendered three runs on seven hits over five and a third innings. Tyler Solomon led the Hawks in hits with two. Jake Bryan, Rodrejas Jenkins and Justin Brooks added one hit each.

In game two of the day, the Hawks opened the game against FSW with Jake Bryan singling on a 1-1 count, scoring one run. SGSC pulled away for good with six runs in the fourth inning. The runs piled up as Christian Harkey hit a solo homer and Jacob Giles tripled on a 3-1 count, scoring three. Nathan Henderson took the win for the Hawks. He surrendered three runs on four hits over four innings, striking out four. Hassan Westbrook, Logan Gurley and Caleb Moss all put in work on the pitcher’s mound, steering their team toward the victory.