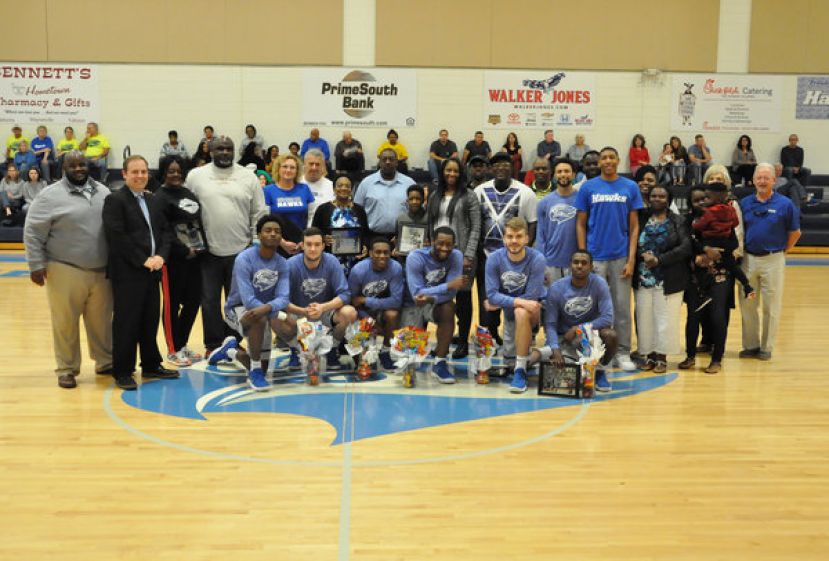 Submitted photo SGSC’s men’s basketball program honored its sophomores and their families Saturday afternoon prior to the regular season finale against Gordon State.

The South Georgia State College Hawks were held to eight points in the final 5:12, and the Gordon State Highlanders spoiled Sophomore Day by escaping with a 64-61 win Saturday afternoon. It was the regular season finale for both teams.

The Hawks (22-8, 11-5) built a 27-11 lead midway through the first half only to see the Highlanders shrink that lead to four points (34-30) by halftime. It was back-and-forth the rest of the way. The Highlanders were leading 62-59 with less than a minute left in regulation when Nate Louis drove to the basket for a layup with 43.9 seconds remaining.

Gordon answered with a basket of its own with 13.0 seconds left to extend the lead to three points. Keyshaun Street missed a three-pointer to tie with three seconds on the clock, which turned out to be SGSC’s last chance to send the game into overtime.

“I felt like we were a little out of our game in the second half. Credit them (Gordon), though, because they made some big shots,” said head coach Cory Baldwin.

The Hawks will now turn their attention to the GCAA Conference Tournament. They are projected to finish the season as the second seed, which would allow them to host a quarterfinal game next Tuesday night in Waycross. Final tournament seeds, matchups, and game times will be announced soon by the GCAA. 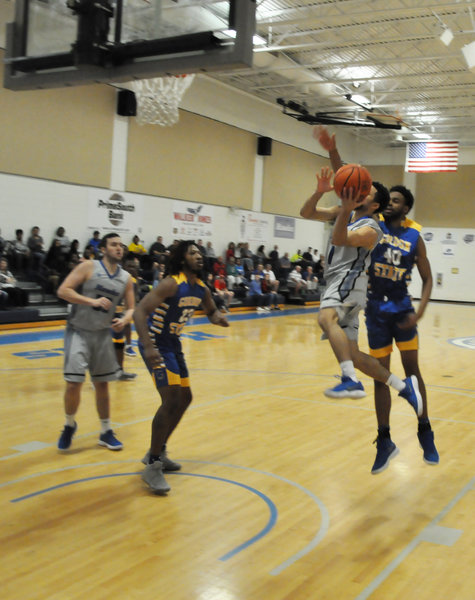