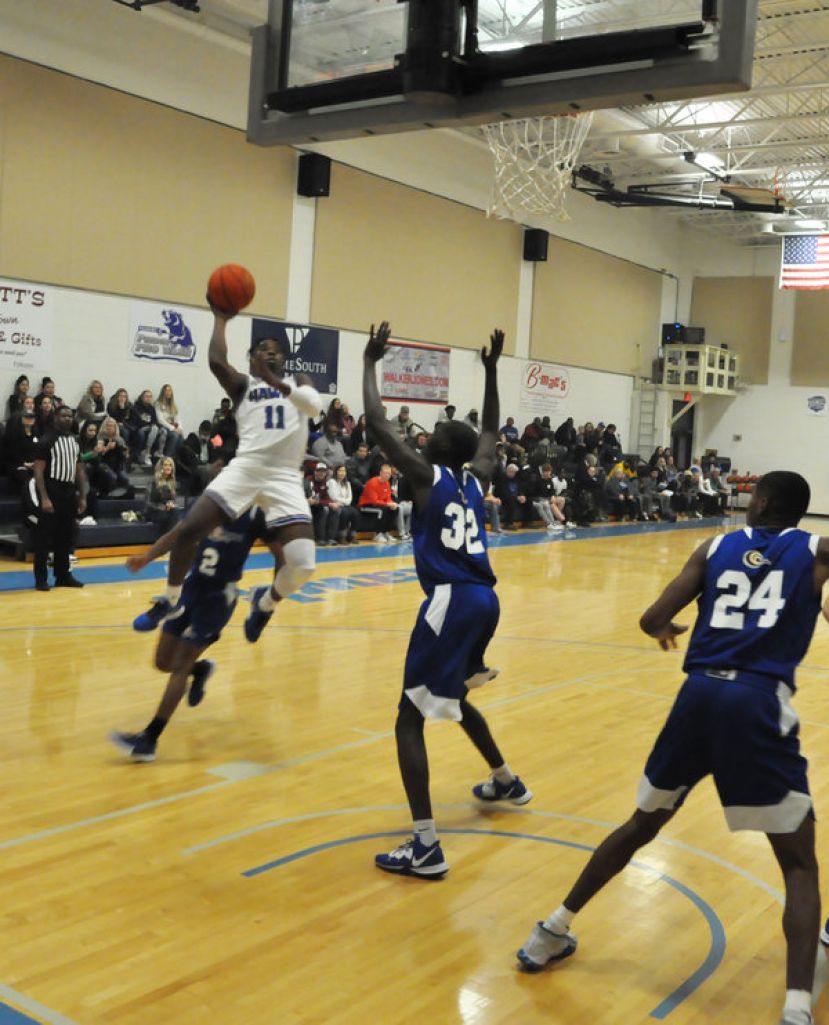 "This past weekend was great with unbelievable crowds on both days," said head coach Cory Baldwin. "Applebee's is always a great sponsor of the Classic, and this year may have been the best. Finally, our volunteers were true soldiers. They really make the Classic work."

"We were as good as we had ever been defensively in that first half against FSCJ," said Baldwin.

Collins Joseph (26 points) and Will Ferguson (24 points) were the leading scorers against Denmark Tech. Ferguson completed a double-double by grabbing ten rebounds. The Hawks trailed 41-36 at halftime before outscoring Denmark Tech 52-30 in the final 20 minutes.

"Our second half against Denmark Tech was unreal," Baldwin said.

Andrew College was the fourth team in the Classic and featured the return of former Hawks Jamison Williams (head coach) and Collin Cotter (assistant coach).

A total of nine players from the four teams were selected to the first-ever All-Applebee's Okefenokee Classic team. Those named to the team were Keith Littles and TJ Mitchell (Andrew College); Nigel Lawson and Spencer Grant (Denmark Tech); Johnny Brown and Evan Busby (FSCJ); and Bryce Brown, Will Ferguson, and Collins Joseph (SGSC).