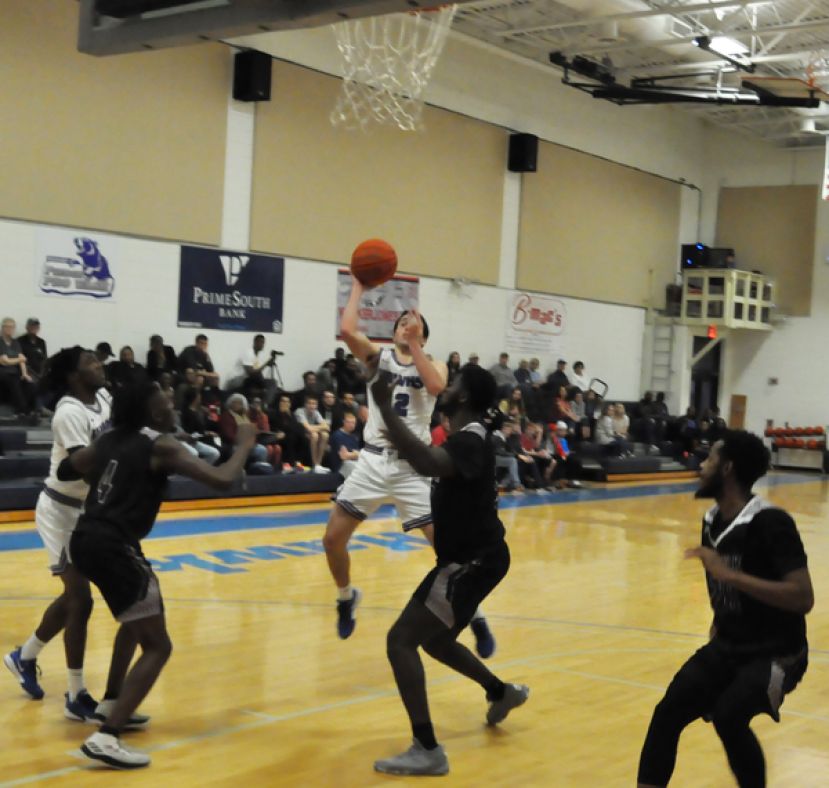 Photo courtesy of South Georgia State College Antonio Vendola had 15 points Saturday afternoon against No. 8 USC-Salkehatchie. Vendola was also named the GCAA Player of the Week.

Jayce Moore’s layup with 12.4 seconds remaining in regulation gave South Georgia State College a one point lead, and the Hawks held on to upset No. 8 USC-Salkehatchie 70-68 Saturday afternoon in Waycross. The win maintains SGSC’s perfect record at the start of the regular season.

“This was a great win,” said head coach Cory Baldwin. “It takes everyone to knock off a top 10 team in the country. That’s what we had this past Saturday. The crowd was behind us the entire game.”

Will Ferguson led the Hawks (7-0) with 20 points and six rebounds. Antonio Vendola had 15 points, seven assists, and three steals. Vendola shot 80 percent from the three-point line (4-of-5), which was the scoring difference.

Vendola was also named the GCAA’s Player of the Week. He averaged 13.5 points, 5.5 assists, and three steals in wins over USC-Salkehatchie and Florida Gateway College.

The Hawks finish their current homestand Tuesday night against Core4 Academy. Tip for the game is set for 7 p.m.