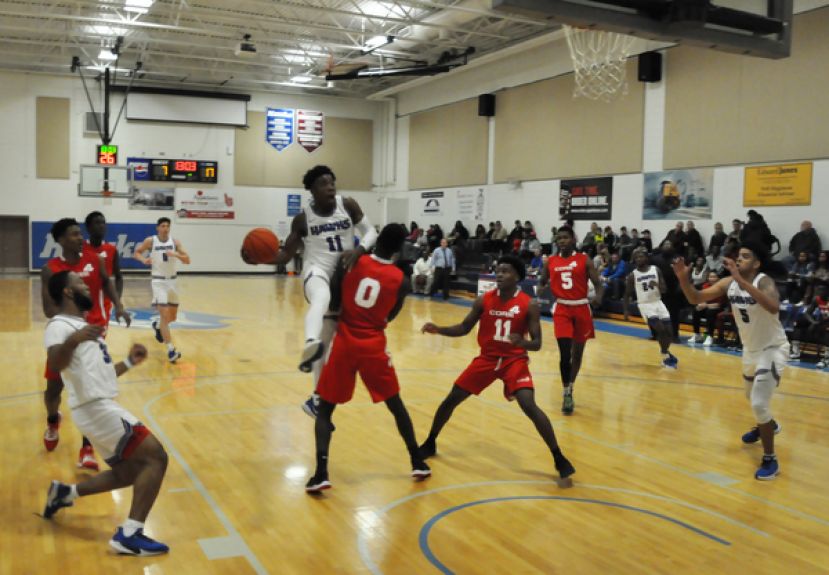 The No. 22 South Georgia State College Hawks maintained their perfect record Tuesday night with an 89-78 win over Core4Academy.

“They (Core4) are a good team,” said head coach Cory Baldwin. “I was worried we may have a little bit of a letdown after Saturday’s big win (against USC-Salkehatchie). We have a lot to be thankful for headed into the break.”

Five Hawks scored in double figures, led by Collins Joseph who finished with 21 points. Jalen King had 16 points, and Will Ferguson finished with a complete game of 14 points, six rebounds, and three blocked shots. Bryce Brown (12 points) and Antonio Vendola (11 points) rounded out the top scorers.

SGSC will enjoy the Thanksgiving break and then begin a two-game road trip before returning to Waycross Dec. 13 to start a six-game homestand that will last into the new year. The Dec. 13 game is against Taylor Made Academy and will tip at 8 p.m.

More in this category: « Hawks upset No. 8 USC-Salkehatchie, Vendola named GCAA Player of the Week No. 25 Hawks cruise to fourth straight win »
Login to post comments