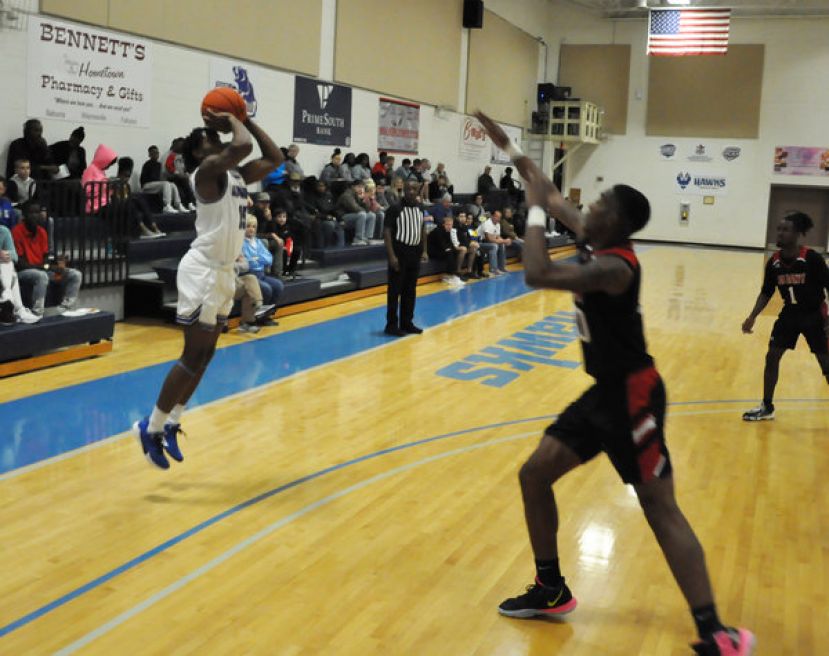 Submitted photo Collins Joseph ignited a 30-12 SGSC scoring run in the first half against Albany Tech Wednesday night by shooting 5-for-11 from behind the arc.

Big scoring runs defined the game with the Hawks (19-3, 6-2) eventually pulling away in the second half. SGSC broke a 16-16 tie in the first half and outscored the Titans 30-12 over the final 10 minutes to take a 46-28 lead into the locker room. The Titans opened the second half with a run of their own, outscoring SGSC 21-6 to cut the lead to three points.

The Hawks begin a two-game conference road trip before returning home Saturday, Feb. 8 to host Central Georgia Tech. Tip for the game is set for 4 p.m.