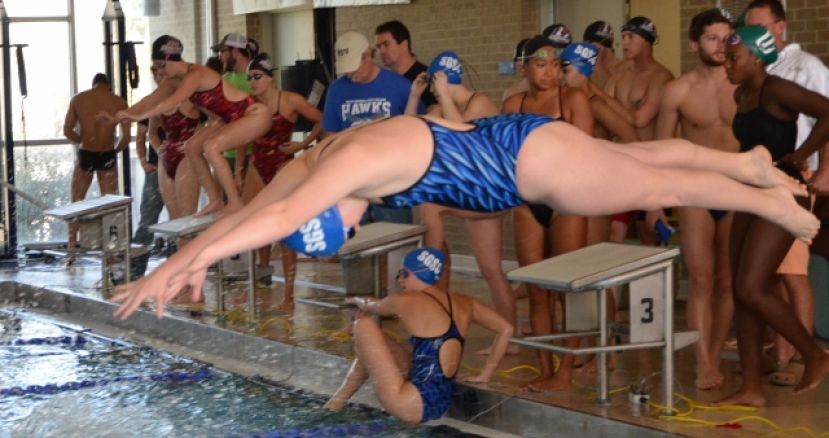 The South Georgia State College swim team continued their winning ways last Saturday with two wins against Thomas University and host LaGrange College at the LaGrange Invitational Meet. In a double-dual format, the women defeated Thomas 124 to 53 and LaGrange 159 to 11. The men also collected two wins by besting Thomas 113 to 71 and LaGrange 138 to 45.

The Hawks won three out of the four relay events of the day. The women's team of Ives, Bagaoisan, Bonnie Brown of Hazlehurst, and Tatiana Keohan of Jacksonville, FL, won the 400 medley event, while Ives, Keohan, Megan Harding of Thomasville, and Caitlyn Meece of Kathleen, took top honors in the 200 free relay. The men's team consisting of Graham, Alex Haymond of Columbus, Dylan Villhauer of Woodstock, and Austin Vines of Moultrie also won the 200 free relay.

The team will compete in the Darton Invitational in Albany this weekend.