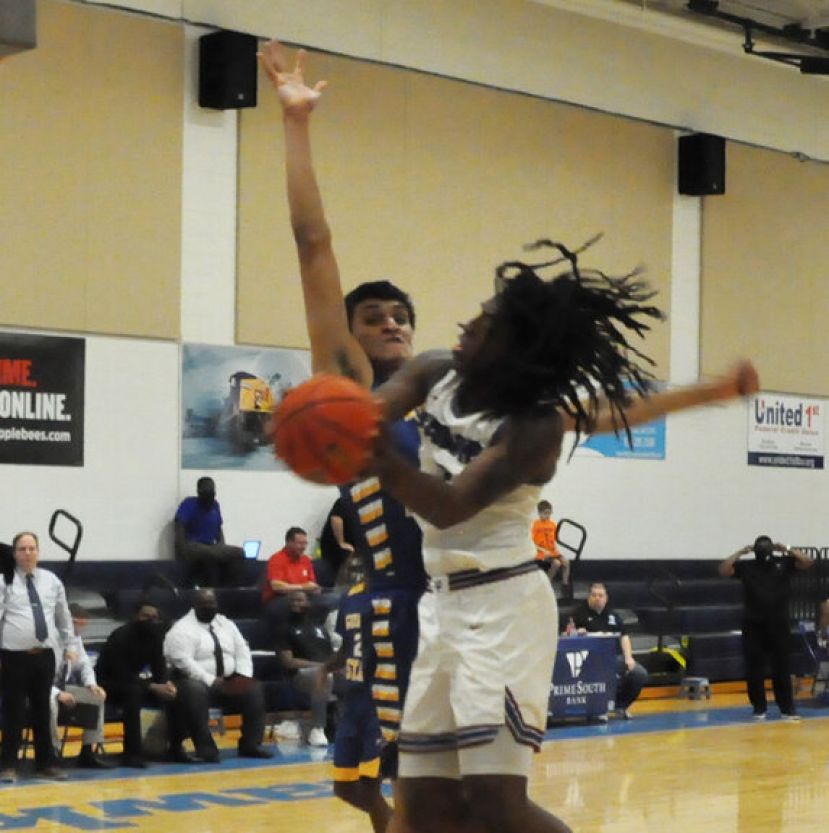 The No. 2 seed South Georgia State College Hawks advanced to the GCAA Men’s Basketball Tournament semifinals Tuesday night with a 67-61 win over the No. 7 seed Gordon State Highlanders.

The Hawks were held without a field goal in the first five minutes of the game, with the teams scoring a combined total of 18 points in the first 10 minutes. SGSC built a 23-8 lead with six minutes remaining in the first half and watched the Highlanders score 15 unanswered points over the next 4:30 to tie the game. The teams went into the halftime locker room tied 26-26.

More information regarding the semifinal round and championship game will be announced by SGSC through the college’s website and all social media channels.