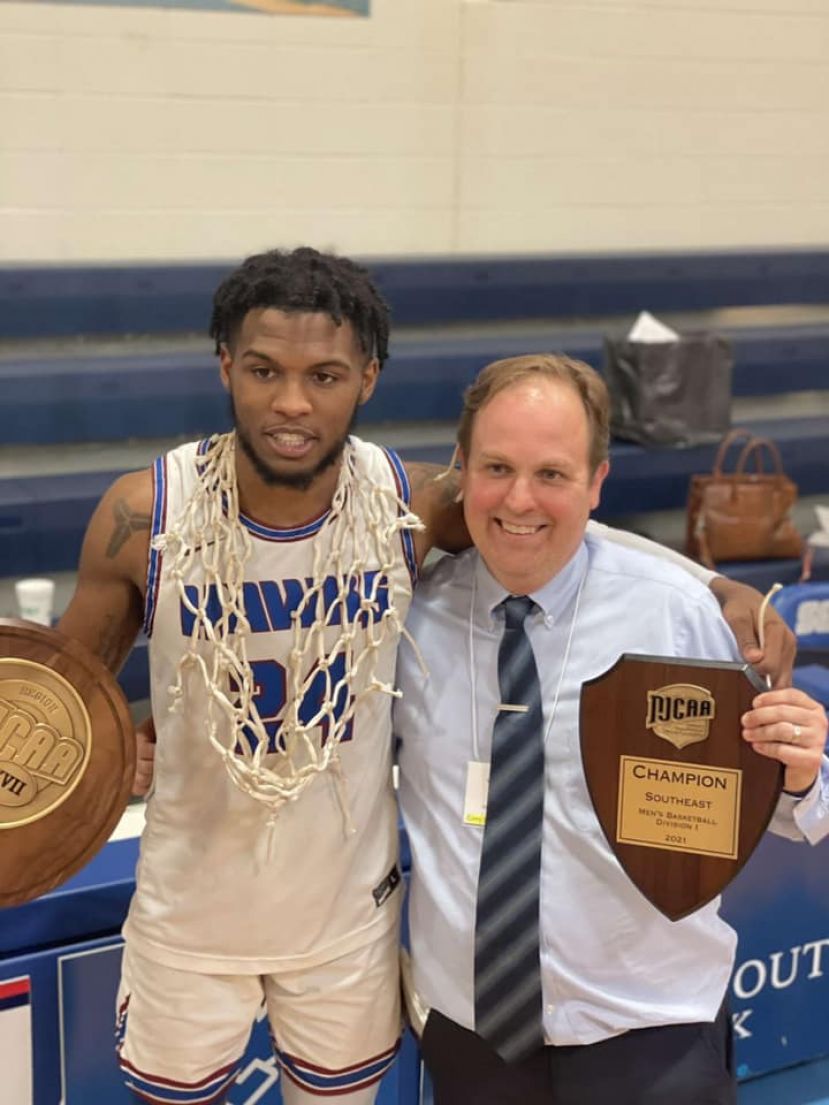 The South Georgia State College Hawks are this year’s kings of GCAA basketball and will soon pack their bags for Hutchinson, Kan.

“I’m excited right now for three reasons,” said head coach Cory Baldwin after the game. “First, this group of guys worked really hard this season, even with all of the changes that came with the pandemic. Second, some former players were able to be here, and they got to be a part of the moment. Third, I’m excited for everyone behind the scenes who had a part in making this season work.”

The Hawks took a 42-29 lead into the halftime locker room while holding the Bobcats to 30 percent shooting. Things changed quickly at the start of the second half when East Georgia outscored SGSC 27-11 over the first eight minutes to take a 56-53 lead. The Bobcats stretched the lead to five (59-54) with 9:35 remaining in the game.

SGSC managed to hold East Georgia to only four points over the next five minutes and took the lead for good on Jalen King’s basket with 4:03 remaining to put the Hawks ahead 64-63.

Baldwin pointed to Parrish’s play as a starter and team rebounding as two of the main keys that propelled the Hawks to the championship.

“Daniel was unbelievable during the tournament, especially when you think about the fact that he wasn’t our regular starter. Also, Bryce (Brown), Jayce (Moore), and Daniel were unreal on the boards today.”

The Hawks don’t have a lot of time to celebrate, as they will now step onto the national stage at the NJCAA Division I Men’s Basketball Tournament to be played in Hutchinson, Kan. April 19-24.

“What’s going to be hard is to celebrate winning the conference and then have to stop the celebration to start planning and practicing for the national tournament,” Baldwin said. “We’ll probably enjoy this until tomorrow (Sunday) afternoon, and then it will be time to get back to work.”

The NJCAA will announce the seeds for the national tournament during a selection show on Monday.