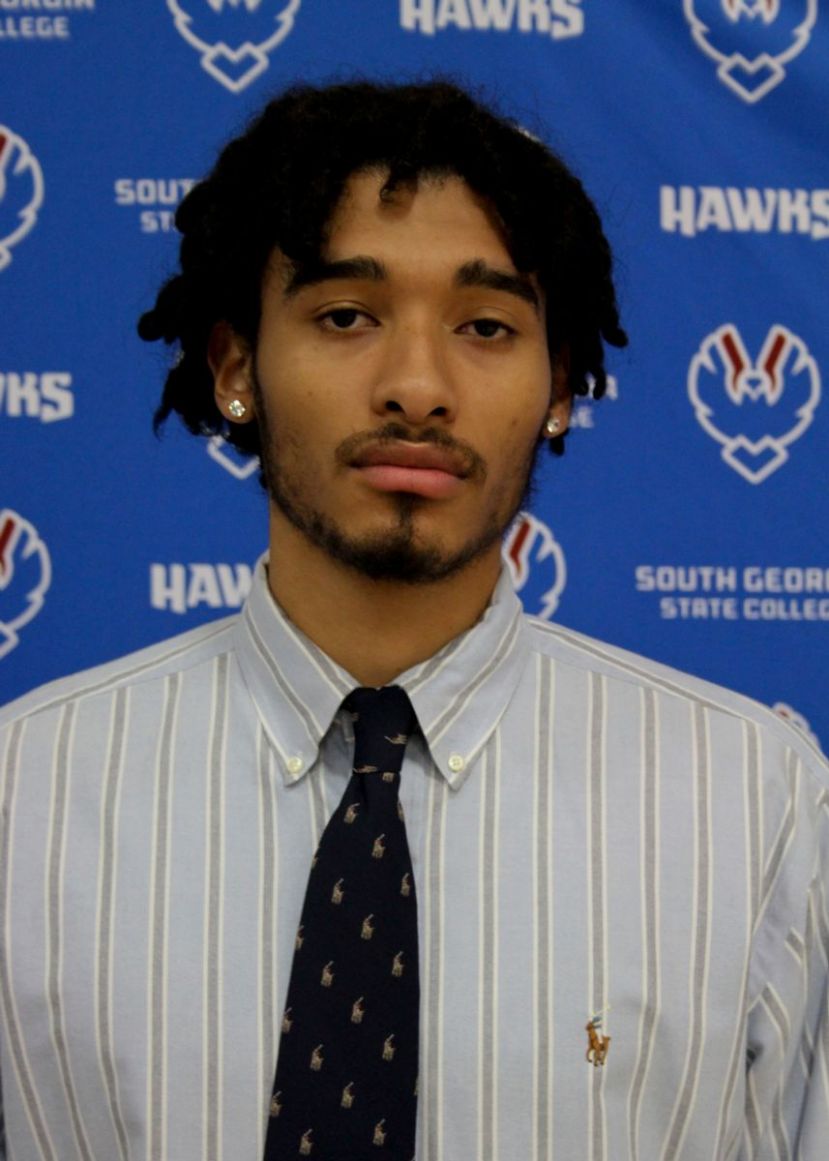 DouglasNow.com file photo Daniel Parrish led the Hawks in scoring with 19 points and 21 rebounds and hit two clutch free throws late in overtime to beat Salt Lake and advance to the Sweet 16.

The No. 21 seed South Georgia State College Hawks have advanced to the second round of the NJCAA Division I Men’s Basketball Tournament with a 93-89 overtime upset of the No. 12 seed Salt Lake Community College Bruins.

The two teams traded scoring runs throughout the game, with Salt Lake building a 22-11 lead in the first half. The Hawks answered with a 38-18 run of their own to take a 49-40 lead into the locker room. SGSC’s scoring spark included three consecutive three-pointers by Zae Wiggins in the closing minutes of the half.

SGSC scored the next four points to lead 77-76 with 1:49 left on the clock. Both teams were held scoreless on their next possessions. Salt Lake drew a foul on SGSC’s Alex Johnson with 30.1 seconds to go but missed both free throws and a chance to take the lead.

Daniel Parrish drew a foul on SGSC’s next possession, sending him to the line with 19 seconds remaining. Parrish made 1-of-2 free throws, giving the Hawks a 78-76 lead.

Salt Lake’s Marvin Price drove into the paint on the Bruins’ ensuing possession and made a layup as time expired to send the game into overtime.

Leading 90-89 with 12.7 seconds remaining in the extra period, SGSC’s AJ Spencer hit 1-of-2 free throws to give the Hawks a two point lead. Salt Lake’s Price missed a three-pointer with less than five seconds to go, forcing the Bruins to foul Parrish with 1.7 seconds remaining on the clock. Parrish’s two free throws clinched SGSC’s berth in the tournament’s second round.

Monday night’s win moves the Hawks into the tournament’s second round to face No. 5 seed South Plains College from Levelland, Texas. The game is scheduled for Wednesday at 3 p.m. EDT and will be streamed on the NJCAA Network: https://www.njcaa.org/network . Day passes to stream tournament games are $10 each, with the price for a full tournament pass at $30.