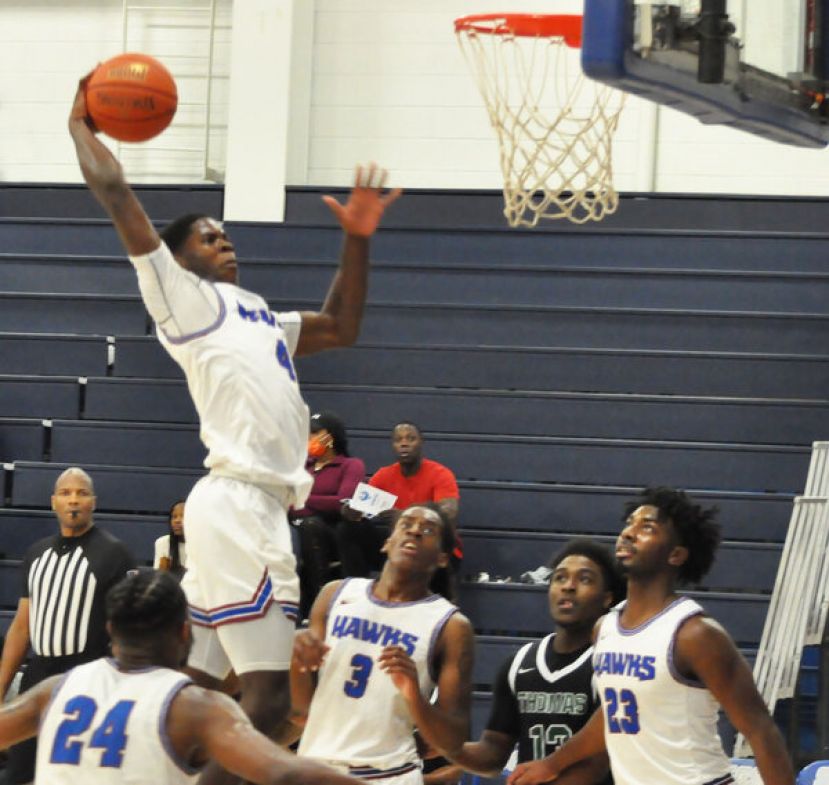 The South Georgia State College Hawks trailed 36-29 at the half Wednesday night against Thomas University Reserve (TUR). It didn’t take long for the Hawks to erase that seven-point deficit in the second half and take flight to a season opening win.

“The guys came out a little nervous and tried to do too much in the first half,” said SGSC Head Coach Cory Baldwin. “Credit Thomas for making some three’s and coming to win. We made some adjustments at halftime and started guarding their ball screens defensively. We also posted our guards offensively. I’m proud of the guys -- they accepted the challenge they were handed at halftime.”

SGSC’s defensive pressure and strong shooting proved to be the difference in the game. TUR managed to score only six points in the first 12 minutes of the second half, finishing with a total of 24 points in the final 20 minutes. The Hawks shot 49 percent from the field, forced 30 turnovers, and grabbed a total of 55 rebounds.

The Hawks will welcome Reinhardt University’s JV team to the Douglas Campus Saturday, Nov. 6 for a 4 p.m. tip. The first Waycross Campus games are scheduled for Friday and Saturday, Nov. 19-20 during the Applebee’s Okefenokee Classic.