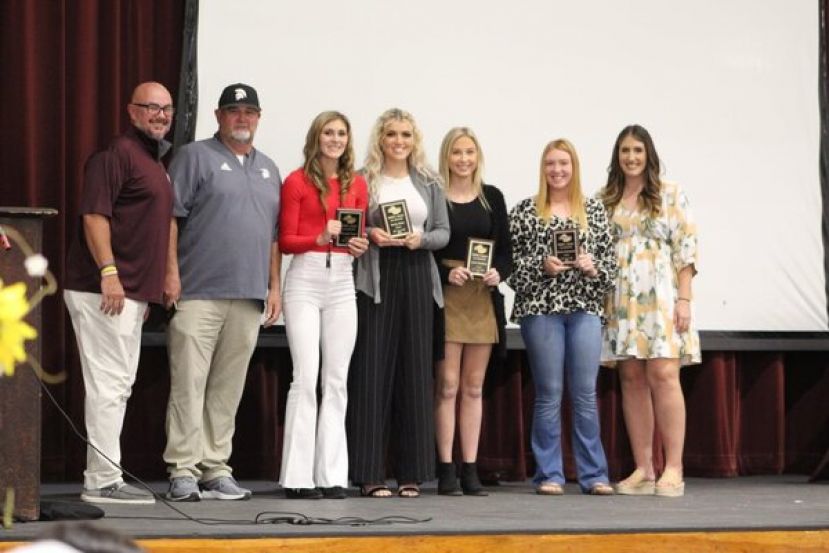 The Lady Trojans softball squad wrapped up the 2021 season with an appearance in the Sweet 16 followed by the annual team banquet. Coffee swept Mundy's Mill in Round 1 but then fell to # 1 ranked Chamblee in Round 2.

The following players were honored locally at CHS's cafeteria on November 16: