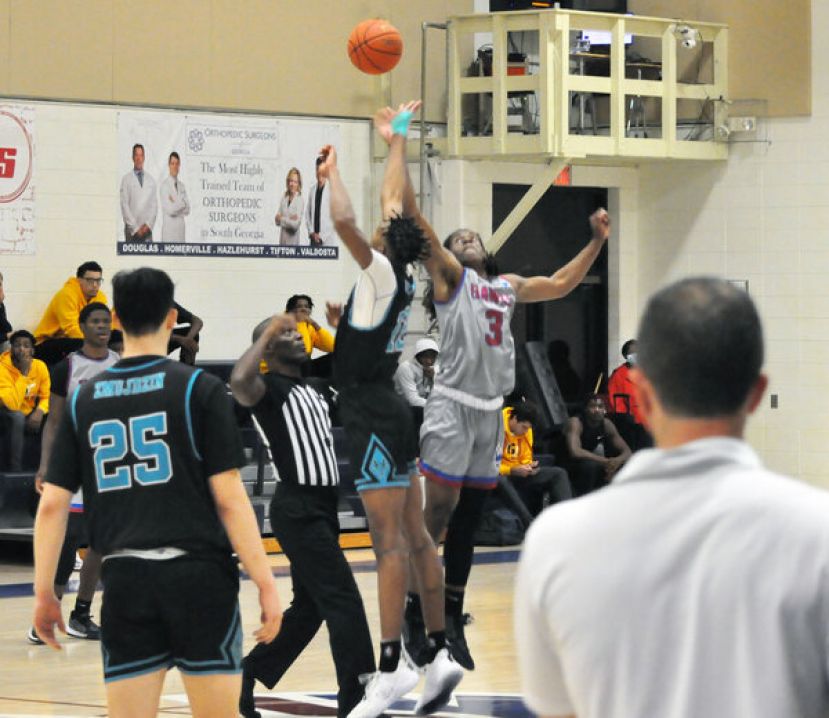 The South Georgia State College Hawks split their two games during the B-Mac's 2021 Basketball Christmas Classic this weekend in Waycross.

SGSC got as close as two points (55-53) in the second half Saturday afternoon against Gulf Coast Community College, only to watch the Commodores pull away for a 74-63 win.

Field goal shooting and rebounding proved to be the differences in the game. Gulf Coast shot 58 percent (29-for-50), while SGSC was held to only 37 percent (21-for-57). The Commodores grabbed a total of 38 rebounds, 29 of which were on the defensive end.

In Friday night's game against Combine Academy, SGSC was held to only 10 points in the first 12 minutes but then went on a 19-3 run to take a 29-19 lead into halftime. The Hawks managed to extend their lead to 21 points in the second half and held on for a 78-69 win.

The Hawks will now enjoy the winter break and return to action Tuesday, Jan. 4, 2022 at 7 p.m. in Waycross against North Florida Prep. That will be the final non-conference game as SGSC will travel to South Georgia Tech Jan. 6 to begin defense of their 2021 GCAA Conference Tournament Championship.