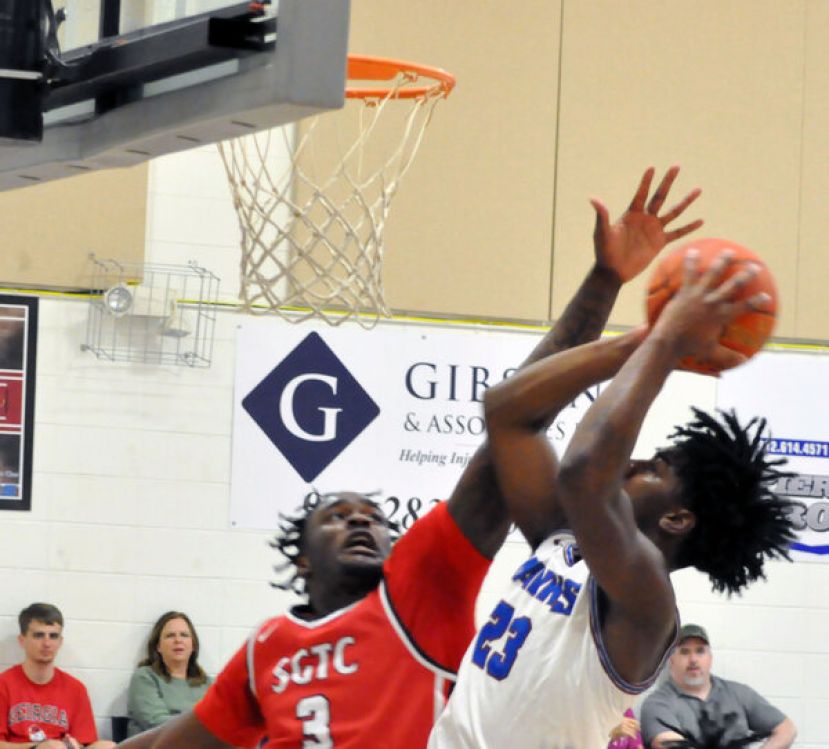 Nick Jiles scored 11 points over the final four minutes, including the game winning basket with 4.1 seconds left in regulation to give South Georgia State College a 73-71 win over the South Georgia Tech Jets.

SGSC shot only 25.6 percent in the first half, which included one three-pointer. The Jets built a 13-point lead in the first half (35-22) before the Hawks trimmed the margin to 36-25 by halftime.

The shots started to fall in the second half, sparking a comeback that saw the Hawks tie the game 52-52 with 10:26 remaining. The rest of the half included four ties and five lead changes before Jiles’s winning basket at the end of regulation.

Jiles was the leading scorer for the Hawks with 24 points and six assists. Jayce Moore had 22 points, nine rebounds, and six steals. Malik Crawford finished with six points, 10 rebounds, and three steals.

SGSC travels to Gordon State Saturday and will return home next Wednesday, Feb. 9 to play Albany Tech at 7 p.m. General admission to all regular season home games is five dollars with children five and under admitted free.