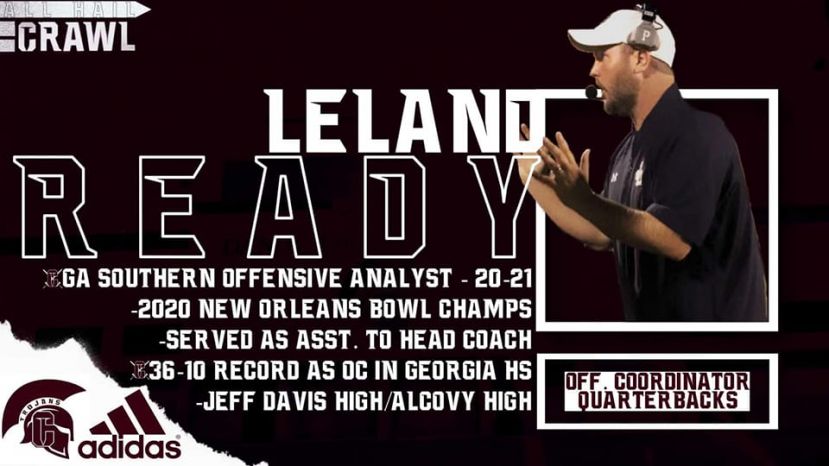 Brand new Coffee High head coach Mike Coe has assembled his coaching staff for the 2022 season. Among the new faces are a former Coffee Trojan and a coordinator with Division I college experience.

Leland Ready is Coffee's new offensive coordinator and quarterbacks coach. Coach Ready most recently served as the offensive analyst and assistant to the head coach at Georgia Southern University. Under then-head coach Chad Lunsford, the Eagles went 7-5 and won the New Orleans Bowl 38-3 over Louisiana Tech. In his career, Coach Ready is 36-10 as a high school offensive coordinator at Jeff Davis and Alcovy. He is excited to his acquaint the Trojans with his power spread scheme.

Former Trojan and Broxton native L'Shaun Smith returns to his alma mater as slot receivers and returners coach. He has been an assistant coach at Atkinson, Bradwell Institute, Sumter, Cairo, and Veterans. Smith has coached three All-Region quarterbacks and one region player of the year during his career.

Coach Coe is now in Douglas full time, and he and his staff are preparing for spring practice.