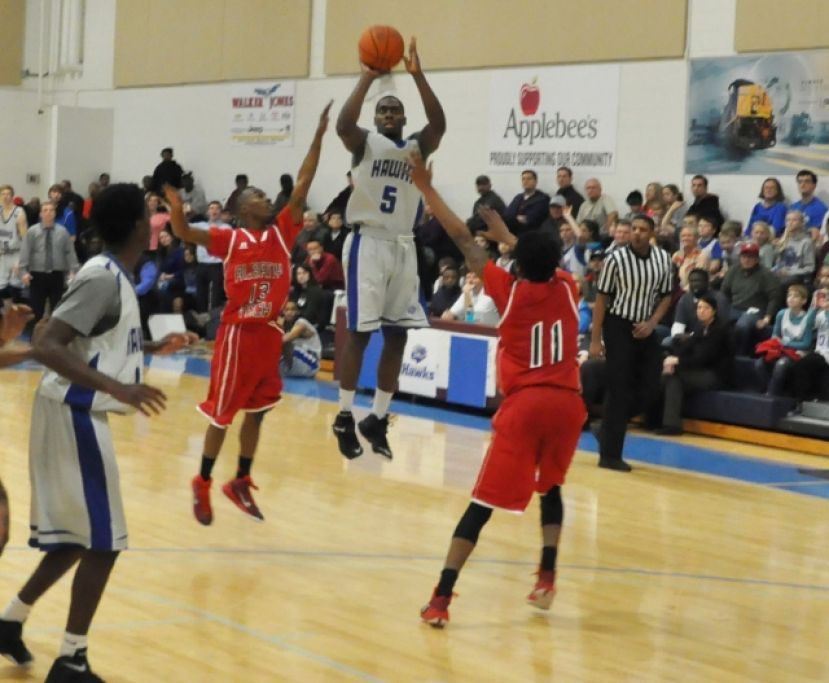 Submitted photo Jamison Williams hits a jumper at the buzzer Monday night to end the first half against Albany Tech.

Daniel Peace’s two free throws in the closing seconds of regulation helped propel the No. 10 South Georgia State College Hawks to a 70-67 win Monday night over the Albany Tech Titans.

“Tonight was a tale of two halves,” said head coach Cory Baldwin. “The first half was probably one of our best so far this season. They (Albany Tech) had a big comeback in the second half, and we did everything we could to hang on.”

The Titans overcame a 13-point deficit in the second half to tie the game 64-64 in the closing minutes of regulation.

“That was a tough loss, because we were right there to get the win and just couldn’t pull it out,” said Baldwin.

The Hawks continue their current homestand Wednesday night at 7 p.m. against South Georgia Tech.  General admission to all regular season home games is five dollars with children five and under admitted free.