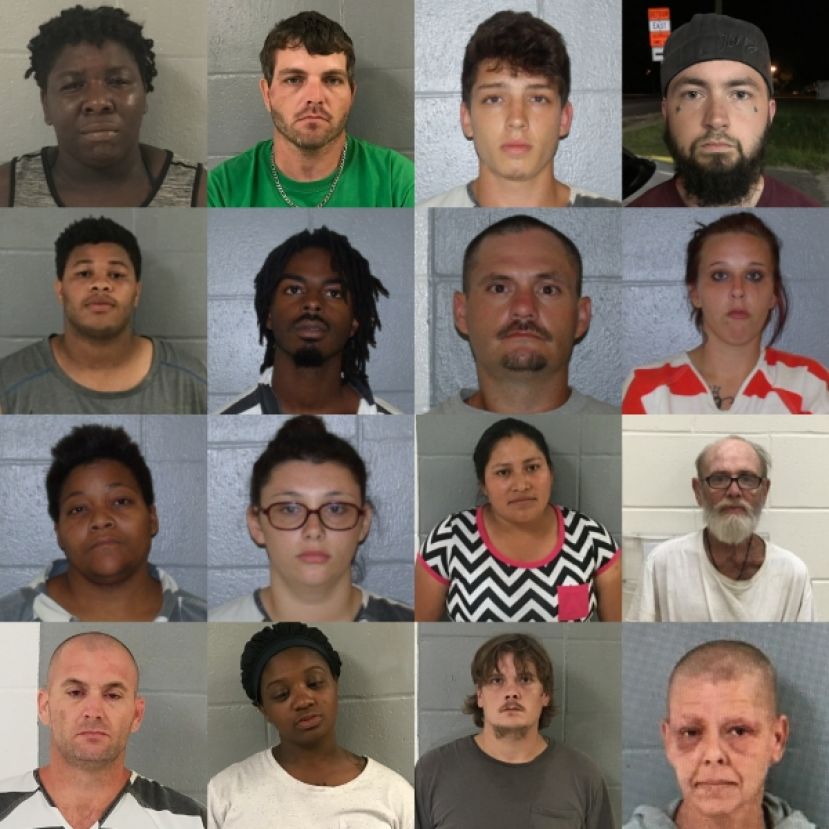 APD arrested Timothy Hand, 20 of Alma, for prowling and obstruction of law enforcement officers. Hand’s arrest followed a call to Sarah’s Kitchen on N. Pierce St. where Hand had climbed onto the roof of the establishment and later attempted to evade arrest.

APD arrested Antonio Smiley, 24 of Alma, for driving without a driver’s license following a traffic stop in the 700 block of S. Thomas St.

APD arrested Devante Batton, 22 of Alma, for simple battery after officers responded to a report of a domestic dispute in progress in the 100 block of W. 18th St.

APD arrested Dusty Ray Waters, 35 of Alma, on an outstanding arrest warrant for criminal trespass. Waters had trespassed at Fred’s on an earlier date after being told to not return to the business.

APD arrested Sharee N. Taylor, 23 of Alma, for possession of methamphetamine, misdemeanor possession of marijuana, and possession of a firearm by a convicted felon. Taylor’s arrest was the result of a traffic stop in the 200 block of S. Bead St. Taylor is currently serving a probated-sentence for an unrelated criminal offense. Officers seized a loaded rifle.

APD arrested Stacy Moore, 37 of Alma, for theft by taking from Harvey’s following the theft of over $100.00 worth of merchandise.

APD arrested Melissa Downing, 20 of Alma, for theft by taking from Harvey’s following the theft of over $200.00 worth of merchandise.

APD arrested Christina Lopez Perez, 29 of Alma, for driving without a driver’s license following a traffic stop on S. Pierce. St. Perez was charged for the same offense plus striking an unattended vehicle on May 22nd following a car wreck at Dollar General.

On June 4, Angie Cox ,44 of Alma, reportedly assaulted a family member. On June 5, Cox attempted to burn her parents home by setting fire to the carpet of an interior room. Cox was arrested on simple battery-family violence and arson charges.

Friday, June 8, APD’s Crime Suppression Unit arrested Joseph Adam Vaughn, 29 of Fitzgerald, for a child restraint violation, no insurance, canceled registration, and possession of a firearm by a convicted felon following a traffic stop on W. 12th St. Vaughn is currently serving a probated-sentence for an unrelated crime. APD confiscated a .38 caliber derringer.

Saturday evening, June 9, APD answered an alarm call on Pondhouse Rd. The resident, Roger Boyette (no age or photo), became belligerent with the responding officer and pointed a firearm at the officer. Officers later discovered the weapon which appeared to be an assault rifle was a BB gun. Boyette was taken into custody but transported to the hospital due to apparent substance abuse. Criminal charges are pending. 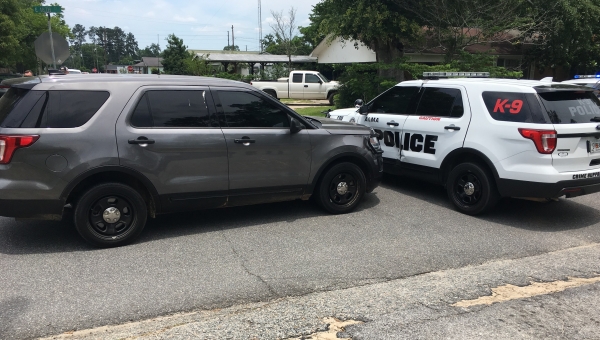 Wednesday, June 6th, two Alma Police Department officers were involved in a vehicle crash on E. 18th St @ S. Ware St. The officers were responding to an assistance call from Alma-Bacon Paramedics who were on the scene of a medical call with a combative patient. The officers were not injured in the crash, but both APD vehicles received moderate damage.