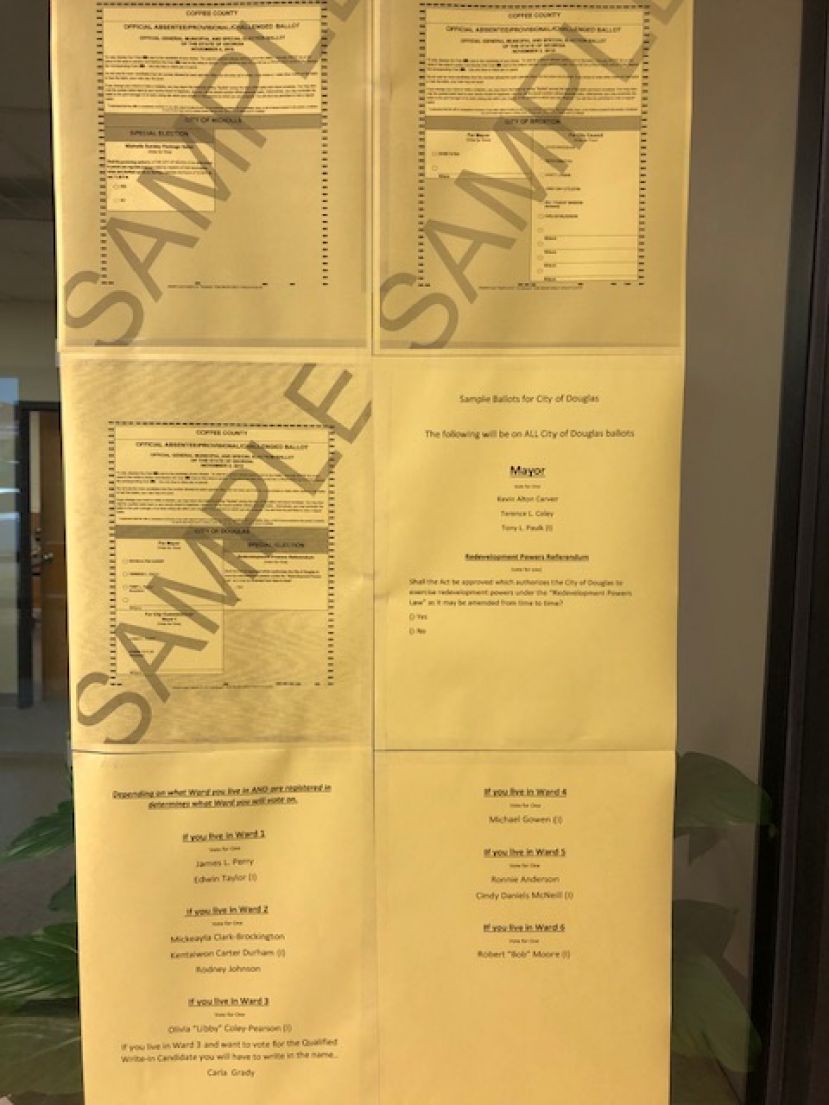 Robert Preston Jr./DouglasNow.com This is a sample ballot for next month's elections.

Election Day is Tuesday, Nov. 5, 2019 and voters in Douglas, Broxton, and Nicholls will go to the polls. In Broxton, voters will cast ballots for Mayor and City Council. In Nicholls, there is one question on the ballot regarding Sunday alcohol sales.

Advance voting will be held at the Elections Office, 224 W. Ashley St., Douglas, GA. starting at 8:30am, Monday, October 14, 2019 and ending on Friday, November 1, 2019 at 5:00pm.  The last day to request an Absentee Ballot by mail is Friday, November 1, 2019 at 4:00 p.m.  The Special Election will be conducted in conjunction with the City of Douglas Municipal Election.  The Municipal and Special Election Day Polling Site will be Central Square Gym.  For more information, please contact the Elections Office at 912-384-7018.

Those who do not take advantage of early voting opportunities may vote on Tuesday, November 5, 2019 from 7:00am – 7:00pm at Central Square Complex located at 200 S. Madison Avenue.  Citizens who are not sure which City ward they are registered to vote in should contact the Elections Office at 912-384-7018.

Qualifying for the Municipal Election was held on Monday, August 19 – Friday, August 23, 2019. The following individuals have met qualifications as candidates in the City of Douglas election: