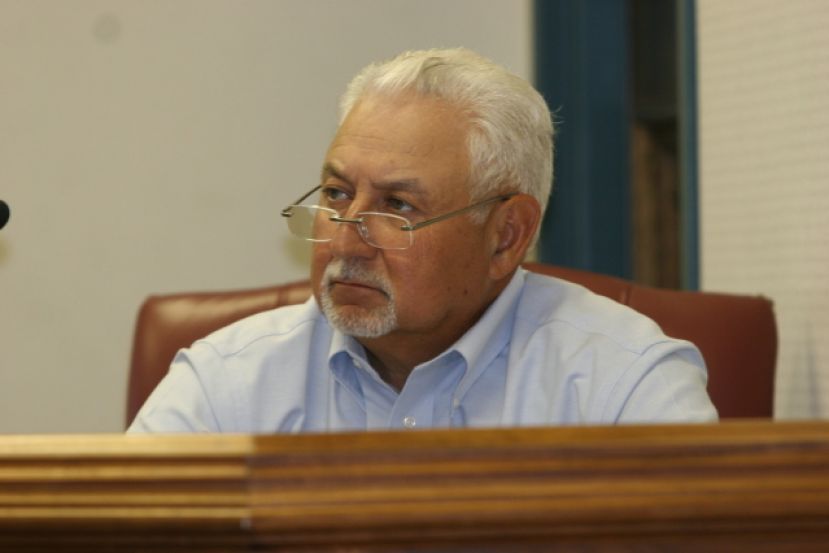 At Monday morning’s regular county commission meeting, the commission approved several amendments to the SPLOST V paving list. According to county administrator Wesley Vickers, the county is receiving an estimated $800,000 extra for paving projects in the new DOT transportation bill. Because of the extra funds, the county can afford to pave/resurface several more roads than commissioners initially thought.

The roads added to the list include Willie Anderson Road, the railroad crossings at Chaney Road and Mitchell Road, Barrington Road, a small portion of Mallard Point Drive that is in disrepair, and John Moore Road. Regarding the railroad crossings, the state will put in crossing arms at these crossings and the county will pave the crossings themselves. The Barrington Road work is part of an EDA project related to the new peanut shelling plant currently under construction. The EDA has submitted an application for a OneGeorgia grant for this project. The local match for Barrington Road will be in the neighborhood of $100,000.

Even with the additions to the project list, the county will have some money left over to add more projects. Vickers stated that the county could have as much as $400,000 to spend on more paving and resurfacing. Those projects will be named later.

The commission also approved a resolution for the board of education to issue bonds in connection with the BOE’s eSPLOST. According to Vickers, with regard to eSPLOST funds, it is common for the BOE to receive bonds up front to cover eSPLOST projects. That way, the BOE won’t have to wait until SPLOST funds begin coming in. Once the BOE starts getting SPLOST money, the board uses those funds to pay off the bonds and finish the rest of the project list. Since the county commission approves the BOE’s budget, the county has to approve the issuance of bonds. Should the BOE not receive the expected amount of SPLOST funds, then the BOE would have to raise its millage rate to offset the shortfall. The board of education will receive $13.8 million in bonds and is expected to generate $25-30 million in SPLOST funds.