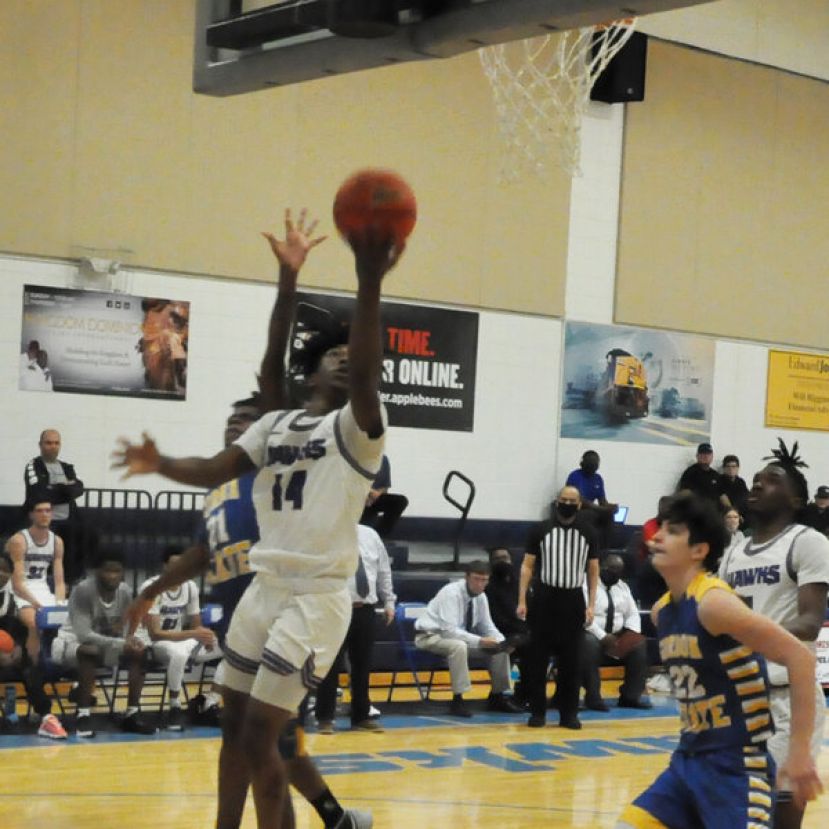 South Georgia State College kept its hold on the number two spot in the GCAA standings Thursday night with a 95-69 win over the Gordon State Highlanders.

The Hawks missed one free throw the entire game (13-of-14, 92.9 percent) while shooting 55.2 percent from the field. SGSC held Gordon State to 37.7 percent shooting and forced a total of 18 turnovers.

SGSC finishes its regular season on the road at Gordon State and Southern Crescent Tech.

More in this category: « Baldwin gets 300th in OT win SGSC defeats ABAC in doubleheader »
Login to post comments