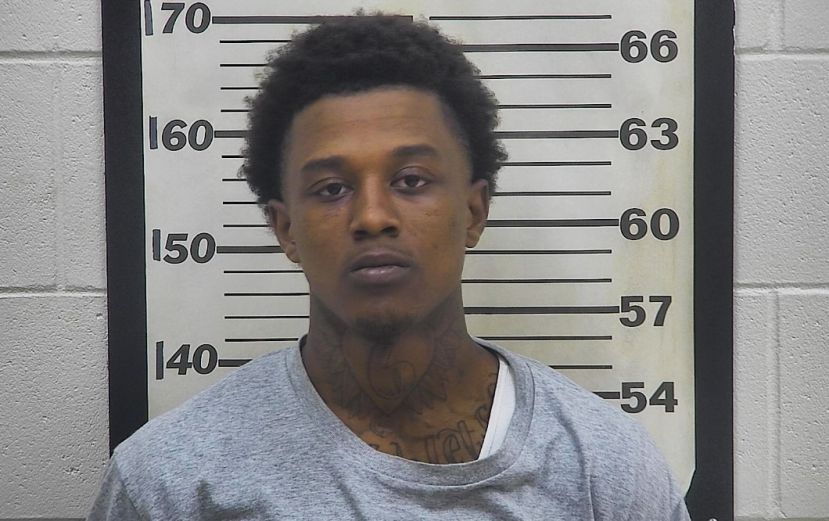 Raquon Tucker, 25, was recently charged with aggravated assault after he reportedly almost ran into a deputy and then fled before running his vehicle into a swamp. According to the report, Tucker told the deputy he ran because he was smoking a joint.

A copy of the Coffee County Sheriff's Office report states that on October 18, a deputy was assisting the Georgia State Patrol with a traffic crash on Bowens Mill Road and Moseley Road. As the deputy was helping direct traffic, he stated that he noticed a silver Honda Accord approaching at a high rate of speed. He said he attempted to get the driver's attention with an orange cone, and that the driver slammed on the brakes just before getting to him.

The report states that the deputy walked over to the car to find out why the driver, identified as Tucker, did not slow down when signaled. As the deputy approached the car, Tucker then accelerated rapidly, causing the deputy to have to "snatch his feet back to keep them from being struck by the vehicle, which missed him by inches."

Tucker then allegedly continued at high speeds, going north on Bowens Mill Road. According to the deputy, it took him approximately 3 miles to catch up to Tucker, who was said to have been driving up to 120 mph. Tucker eventually reached the intersection of Bowens Mill and the Broxton Highway when he attempted to make a left turn and ran his car off the roadway and into a swamp.

Tucker told the deputy there was no one else in the vehicle and identified himself prior to being placed in handcuffs.

When the deputy asked Tucker why he ran from law enforcement, he reportedly responded, “’Cause I was smoking a joint."

More in this category: « One charged with trafficking methamphetamine in Bacon County Pearson woman charged for allegedly lying under oath in boyfriend's hearing »
Login to post comments